An African-American Icon in US Film

Hundreds of multi-generational admirers lined up outside Harlem's Abyssinian Baptist Church on Monday to pay their respects to the iconic African American actress, Cicely Tyson.

With so many people present for the public viewing, the Tyson family ensured that social distancing and mask-wearing would be upheld at the venue.

A few fans of the legend share what this moment means to them.

A young lady lets the emotions run over, "She's beautiful. Oh, my gosh, so beautiful. Just to give homage to a Harlemnite, like myself – I was born and raised in Harlem – and so, to see her and to be here, and with it being Black History Month, as well? It's the best, it's the best."

A Southen gentleman came out to show his dedication for the legendary star, "I flew all the way from Los Angeles, California, just to be here for this moment. And my buddy right here from Atlanta, so it's just remarkable. Great actress, love all her movies. Had to be here today."

A Legacy Worth Upholding for the Black Community

The New York-born Cicely Tyson — who passed away on January 28 at 96 was an actress extraordinaire whose pioneering career garnered her an Oscar nod for her role as a sharecropper in the 1972 movie, ‘Sounder.’

With her stardom kicked off — in spite of a still very racism-riddled US society, Ms Tyson went on to win an Emmy Award for playing the 110-year-old former slave in the 1974 television drama ‘The Autobiography of Miss Jane Pittman’ and another 20 years afterwards for her role in ‘Oldest Living Confederate Widow Tells All.’

At the age of 88, the trailblazer won a Tony Award for the revival of Horton Foote's ‘The Trip to Bountiful’ in 2013 — only to then seal her legacy of an impressive career with the Medal of Freedom in 2016. 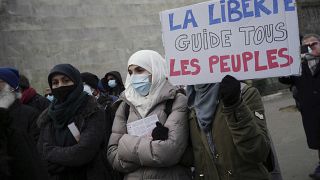