Muslim Parisians Say "No!" to Islamophobia

Protesters rallied on Sunday in Paris to demand that the French government abandon a bill aimed at rooting out Islamist extremism. The demonstrators believe the new bill tramples on religious freedoms and stigmatises Islam.

Hanane Loukili, the School Principal and Co-founder of MHS school in Paris, is not pleased with the current situation.

"When we were shut down, we were very surprised, we knew we had this security problem with the RP (fire alarm regulation norms) but what really shocked us was the joint statement from the Police prefect and the Prosecutor's Office of the City of Paris, which said that in fact, as per their investigation — and we don't really know how they investigated all this, we would be separatists. The students were shocked. In particular and bizarrely, a lot of pictures were excessively taken of a class which has a lot of female students who wear hijab."

The MHS school which is secular and co-educational, also allows female Muslims to wear headscarves in class. An example of religious diversity that does exist in France.

Rafika, the 38-year-old mother of a 17-year-old boy and a 15-year-old girl who wears a hijab, shares her experience and her ideal of France.

"This school is a school that I would describe as present-day France. It's a real melting pot, there are hijabis, people who don’t wear hijab, people of the Muslim faith, Christian faith. It is France, as I have always known it."

Although the government insists that the bill does not target Muslims, the protesters say it will make them all into potential suspects.

Zinedine Gaid, a 27-year-old former Economic Science and Philosophy teacher at MHS school, is calling out the perceived problematic series of events.

"Today, that's what's happening, we are making a specific law for Muslims. The government can say what they want, that it's about our freedoms, no that's not true. And the proof of it is the recent Imam's Charter where imams are asked to respect a certain number of things. I can understand some measures of power. But don't come to tell us that it is to liberate us, it is not true.’’

French lawmakers hold a key vote Tuesday on the draft law, which is expected to win approval in both houses of parliament. 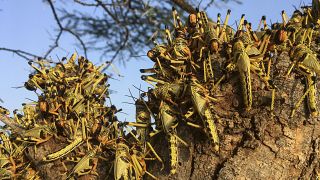 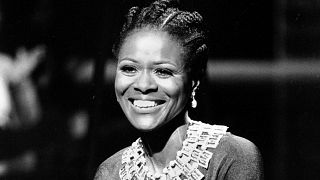