South Africa is the most affected country by the COVID-19 pandemic on the continent, with 1.3 million confirmed cases and just over 40,000 deaths, according to the latest data from the country's Health Department.

A toll that has been putting the funeral industry under immense pressure, as coffin-makers and undertakers contend with the unexpected increase in demand for funerals, while navigating a mini-crisis of production shortages.

"The biggest impact we are faced with at the moment is the shortage in terms of raw materials. It does disrupt production it does hamper us, it does put us on a back foot," said Kasie Pillay, a sales manager at Enzo Wood Design.

The Industry of Mourning Overwhelmed

Many people have taken to social media to express their concerns about the delay in making funeral arrangements because of the coffin shortages.

While coffin-makers have been working double shifts to make up for the shortfall.

The Deputy President of The National Funeral Directors Association, Dr Lawrence Konyana, said the shortage was particularly evident in the Western and Eastern Cape, which have recorded the most deaths.

"So far we have distributed 22 of these containers across the country to various areas where we think we might have to bolster our mortuary facilities. "

An Intense Second Wave of Coronavirus

Cases in South Africa have soared from fewer than 3 000 a day at the start of December to more than 20,000 a day, with the mutant variant accounting for up to 90% of those new infections.

Deputy president of the National Funeral Directors Association , Dr Lawrence Konyana, said earlier this month: “Manufacturers understand the crisis and we have appealed to our members to be sensitive about this national need.

As coronavirus-prevention measures dictate that funerals must be held within five days of a person's passing (weekends included), this can further complicate an already compounded situation.

All in all, the number of people present at gatherings has since been restricted and many South Africans have been advised to limit funeral attendance over the last few months as the country continued to push through the second wave of the pandemic. 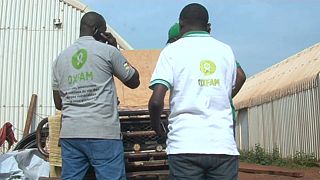