Concern is growing over the disappearance of a prize-winning Senegalese female student based in Paris, who has been missing for over a week.

Diary Sow, 20, won awards for Senegal's best student and is a published author.

Her family in Senegal says the pain of her disappearance is increasing.

"Her disappearance is beginning to last and is hurting the family more and more," said Aliou Sow, Diary Sow's uncle."

"We have the support of all the Senegalese people. We thank the President of the Republic but also Minister Serigne Mbaye Thiam. We ask them to do even more to find her," he said.

For her mentor and Senegal's Minister of Water and Sanitation he says she wasn't anxious ahead of her disappearance.

"There was nothing to suggest any anxiety on her part, or any particular state of mind," said Serigne Mbaye Thiam.

"She worked well over the Christmas holidays on the homework and exercises her teachers had given her, at least that's what she told me, and she was also confident about tackling what was left of her school year and then her exams," the minister added.

After the holidays, she failed to show up at the prestigious Louis-Le-Grand lycee school in Paris

A probe has been opened into her disappearance and handed over to the French missing person unit.

A spokesperson at the Senegalese consul in Paris said investigators did not have a crime as their main line of investigation.

According to a source close to the case, who asked not to be named, investigators are currently keeping all hypotheses open, including the possibility that she ran away.

"The wisest thing to do is to wait for the investigation to conclude and for her to come back safe and sound," said Mbaye Thiam. 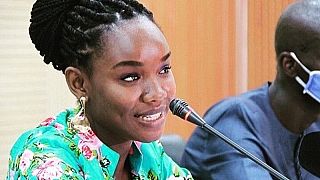