Even before the Brexit trade deal between the United Kingdom and the European Union was agreed on December 24, Britain made it clear it wanted to be Africa's investment partner of choice.

But with so many other keen investors, will Africa want to become a big trader with the UK? And can African governments leverage the changes to their advantages?

Africanews takes a look at these questions. You can see the analysis in the video player above.

What will change between the UK and the EU?

It was a massive deal that was touch and go. But the divorce terms were agreed after four years of negotiations following Britain's referendum to leave the bloc on June 23, 2016.

Britain will leave the EU single market and customs union but under the deal, it will be able to trade tariff-free. It is a massive feat for both sides as the UK's biggest trading partner is the EU.

What does change is free movement between the UK and the EU will end. The Erasmus scheme, a study programmme for students spending a year in the UK or Europe will also end.

Businesses in the UK will be subject to extra checks at the border.

What will be the Brexit consequences for Africa?

The UK wants to trade big with Africa and sees its potential.

Before the deal was signed Britain also set up UK Economic Partnerships with 16 African countries, it is the same pact as what the EU offers Africa, which is African countries do not pay tariffs or duties on exports to the UK.

Another issue is how the UK economy will react to Brexit in the short term. Britains GDP is expected to contract some 2.75% and like many other countries has been hard hit by the consequences of the coronavirus pandemic.

As a consequence, the UK has cut its aid budget and it is not clear if funding will be cut for African nations.

The effect on UK markets has also been felt in Africa, especially in South Africa. Just after the Brexit referendum, South Africa's market also felt the blow as many South African companies are listed on the London stock exchange.

Will African governments pick the UK to do business?

China, the US, Brazil and Russia have been key trading partners and investors on the continent for many years.

And there will also be competition with the EU.

South African wine and Kenya's flowers are popular in the UK. But, Kenya has a solid deal to send flowers to the Netherlands and the infrastructure is already in place. The question is could the UK offer better deals than its competitors.

The European Commission has also made a push for better ties with Africa. German Chancellor Angela Merkel is vying for an EU-Africa summit and French President Emanuel Macron, who like Britain has historical ties to the continent, has made progress by scrapping the CFA Franc and said colonialism was a big mistake.

The EU also offers Africa a more varied market than the UK.

But the UK could put its interests in Africa's expanding digital market. Under the African Union's 2063 agenda, the continent wants to build a learning economy.

Another way for Africa is the African Continental Free Trade Area, which launches in January. Some 50 African nations will be able to trade with each other tariff-free, which could mean the continent becomes less dependent on trade with other continents. 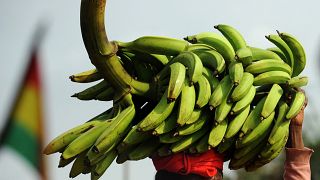 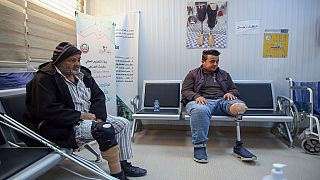 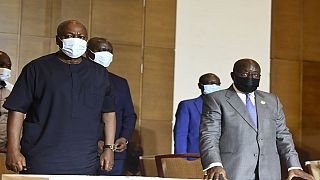