For Radwan Jibril, wounded in a bastion of Libya's 2011 revolution, losing his leg became "inevitable" and he had a prosthetic replacement, but thousands of other amputees are still waiting.

An orthopaedic centre is finally scheduled to open in March to provide prostheses to amputees in the North African country riven by conflict for the past decade.

Jibril, like so many others, was hit by shrapnel in his western hometown of Misrata, which endured a devastating siege during the revolt that brought down longtime dictator Moamer Kadhafi.

"Despite several medical stays abroad, amputation was inevitable because the injury had been so badly treated. It was all a big shock," he said.

"I was fitted with a prosthesis in Italy but it took a long time to get used to it," said the 38-year-old Libyan, who sports a light beard.

With the support of family, he has opened a fishmonger's where he serves customers as best as he can with "this foreign body", he told AFP, shuffling from stall to stall with one leg stiff.

His prosthesis, however, is starting to wear out, and "with hundreds, if not thousands, waiting their turn, it won't be easy" to have it serviced, he said.

Mohamad al-Nouri, 28, had a hand amputated because of an injury while fighting in 2019 in the ranks of the Tripoli-based Government of National Unity (GNA) against an abortive assault on the capital by forces of eastern strongman Khalifa Haftar.

He was fitted with an artificial hand but is waiting to go to Germany for a permanent prosthesis.

"I don't think I can go back to the cafe where I worked... I still need a lot of time to regain my confidence," said the young man.

A national centre for prostheses, being established in the port city of Misrata, already has a patient waiting list of more than 3,000 amputees, said its director Al-Sadeq al-Haddad.

"In five years, we hope to be able to provide prostheses to all amputees in Libya," said Haddad.

"This will help them get their lives back, together with psychological and physical support," he said.

With Libya's health sector left in tatters by multiple conflicts since the revolution, war-wounded Libyans are often sent abroad for treatment, at the expense of the state.

The centre, to be housed in a brand new building, will save the government a "significant sum" of money, said its director.

"A team of Hungarian specialists are to train technicians and run a rehabilitation service for a year," Haddad said.

In the face of "growing demand for help from amputees", a partnership has been formed with Misrata University's physical rehabilitation department that was set up with the support of the International Committee of the Red Cross and the GNA.

Since 2016, about 1,000 patients with prostheses have been treated at the university by Libyan technicians trained abroad.

Badreddine Moftah said he chose to become an ortho-prosthetist "after having met so many amputees since 2011".

He had a one-year internship in Germany and returned home to practise the profession.

Despite the rudimentary equipment in the university lab, Moftah painstakingly builds plaster sockets to cover the stumps of amputees, as students watch. 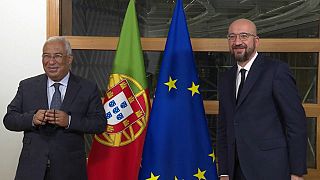 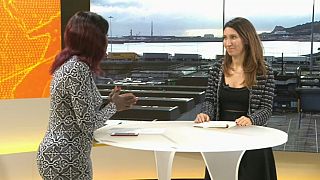 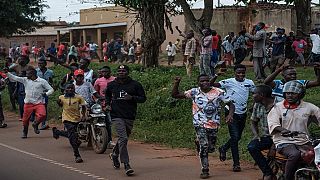