2021 will be the year for free inter-African trade as more than 50 economies- from Algeria to South Africa - will be brought together under an ambitious plan.

It was supposed to become technically operational months ago, but the launch was delayed by complications blamed on the coronavirus pandemic and the slow pace of negotiations.

The pact has been signed and ratified by all 55 African Union states except Eritrea.

But experts warn it could take a while before the benefits are felt.

"The progress with the continental free trade area has been remarkable, very rapid. But I think there is still a very long road ahead," said Jakkie Celliers, head of African Futures & Innovation at the Institute for Security Studies

He said trade negotiations are incredibly complex because every individual tariff line needs to be negotiated and agreed upon and there are even more challenges ahead.

"Corruption of government officials, slow processing of documentation around the borders... and lack of capacity will remain a challenge going forward in implementing the continental free trade area and making it real," said Cilliers.

AfCFTA's plan is to boost intra-African trade by 60 percent by 2034 by eliminating almost all tariffs, creating an economic bloc of $3.4 trillion.

If fully implemented, the AfCFTA will lift 30 million Africans out of extreme poverty and 70 million from moderate poverty, according to World Bank estimates.

But Cilliers cautioned about the grinding task of scrapping duties and other impediments to trade.

This means it will be a long time before tangible results are felt in the world's poorest continent, he said.

"There are considerable tariff requirements that still need to be agreed on between the various countries," Cilliers said.

"The intention is that the agreement be fully operational in actual effect by 2034 when something like 97 percent of all tariffs will be eliminated."

"Once you've harmonised your tariffs, of course, the opportunity for corruption reduces but inefficiency and lack of capacity will remain a challenge going forward in implementing the continental free trade area and making it real," he added.

Trading with other continents

There are other issues to thrash out such as how to dovetail existing or future trade agreements between Africa or individual African countries with Europe, China and the United States.

Wamkele Mene, AfCFTA's secretary-general, has said Africa "continues to be trapped in a colonial economic model" and has to "aggressively" implement the new deal.

Africa accounts for only three percent of the global economy, and it being parcelled into 55 different economies has been a "huge inhibitor" to rapid continental economic growth, said Cilliers.

"The whole intention of the continental feature idea is to build regional value chains and to allow Africans not only to trade commodities but also to trade more value-added goods," he said.

"If Africa does not proceed down this road it will increasingly become irrelevant." 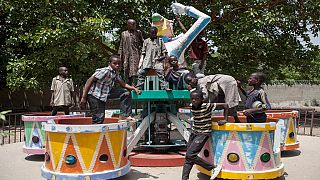 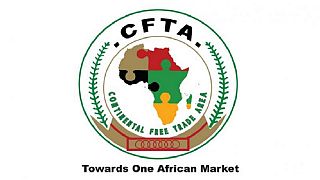