Fed up with the pollution caused by oil spills in Étimboué in western Gabon, NGOs and village communities have spoken out.

In a public statement, they have placed blame on Perenco, the independent Franco-British oil company, w hich has opperated in Gabon since 1992.

"Perenco operates in Africa whether in Gabon or in the DRC as in a country of lawlessness. It is as if they are in conquered territory," Marc Ona Essangui, founder of the environmental NGO Brainforest and president of Environment Gabon, told Africanews.

"The population is the victim of the damage caused by Perenco.

"Not only there is air pollution, but also water pollution. And today, civil society, through NGOs such as ROLBG, Brainforest and many others, have mobilised to tell Perenco stop."

The petrol sector is the largest contributor to Gabon's GDP and according to the World Bank, represents upwards of 20% of revenue.

'Rights of the people'

The petrol reserves are concentrated in the area south of Port Gentil. Many oil companies have been in operation in the area since the 1950s.

According to Essangui, Perenco has bought almost all of the French petrol giant Total's assets and uses its old facilities, which is causing the damage.

In October, the government signed a new agreement with the company to develop hydrocarbons,

Reports have previously alleged the government has opaque dealings and close ties with Perenco.

The company has been contacted by media organisations about the allegations but has not responded. 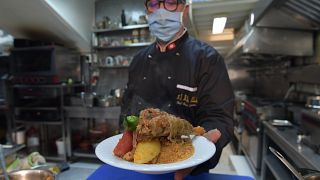 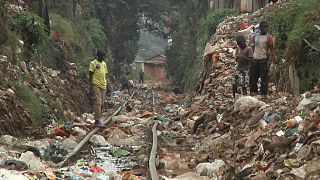