Many animal shelters in the UAE have seen an influx of creatures since the COVID-19 pandemic took hold.

Dr. Manal Al Mansoori works for the government-supported animal welfare organization, Yanni, and has 15 rescue pets of her own at home.

The Emirati says that pet abandonment is a long-standing problem that’s been heightened in recent months.

Al Mansoori says some people fear the animals will spread coronavirus or rabies, and she’s trying to teach them otherwise.

The animal lover has also set up designated feeding stations for stray animals to avoid random feedings by well-wishing members of the public, which lead to cats gathering in tower block basements and parks.

If they're lucky, a place where abandoned or stray pets have found themselves over the years, is the cat shelter within Abu Dhabi’s Falcon Hospital.

It’s a clinic with a strict “no kill policy”, no matter how many stray and rejected animals are brought to its door.

When the COVID-19 pandemic struck, the facility’s executive director had fully expected the number of people looking for new pets, to drastically fall. In fact, the opposite happened. 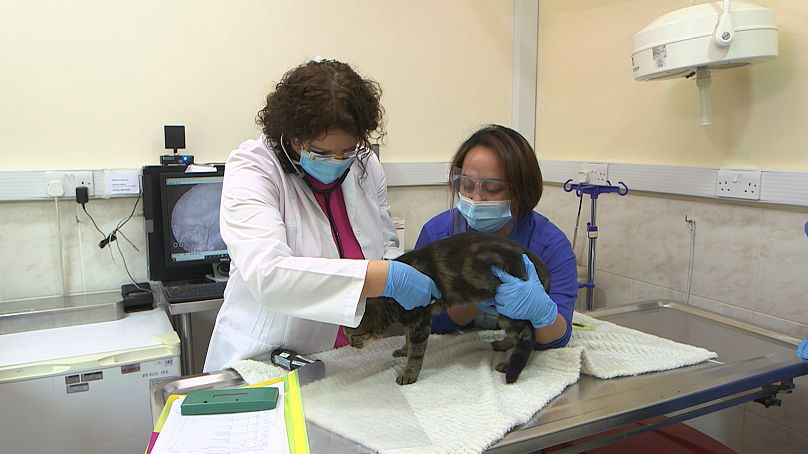 “Actually, the numbers increased by seven percent,” Dr. Margit Müller told Euronews. “And that's an astonishing number when we look at the fact that most of the country was actually closed.”

Fostering and adopting pets in lockdown, can ease loneliness and give purpose to many people during prolonged periods of isolation, Müller adds.

That’s not to say she gives cats to anyone in Abu Dhabi asking for them.

ADFH has a strict vetting process in place, Müller says, and whilst some animals are rehomed almost immediately, others take up to a year.

Seasoned in the business of relocating animals from the UAE to people’s home countries is Dubai Kennels, Cattery & Veterinary Clinic. The company saw its businesses, including a pet hotel and boarding facilities, badly hit from March to July, as global borders closed and airlines grounded their fleets.

Relocating a medium sized dog from the emirates to the UK, could cost up to $2,700, says the company. 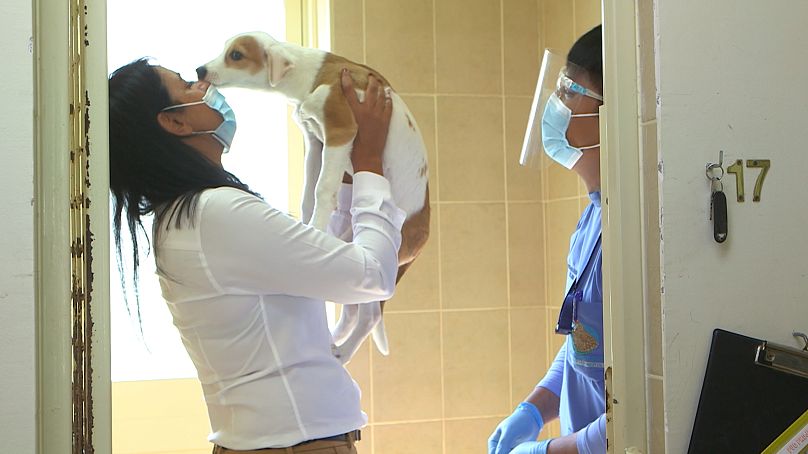 An animal enthusiast looks to adopt a dog

“People are looking for discounts,” says the company's Managing Partner, Todd Carson. “People are finding themselves without jobs, suddenly having to relocate & repatriate or move to another country.”

Carson has encouraging words for concerned pet owners, whose animals may be transiting for the first time this year.

“The anxiety that most owners have about the terrible experience their pets are going to have travelling is generally not the case,” he says. “The vast majority of pets arrive in very good condition and in a good mood. There are stress points – take-off and landing, but your pet is simply in a very strange environment & they’ve usually never been there before.”

It is the small things that fill my heart with joy and happienss.. If one would ask me what do I want to bring in this world, I would answer love and kindness ❤️ Scarf from @nevinaltmann ? #kittens #cairostreetcats #loveandlight #compassion #catbaby #streetcats #bringkindnessandjoy #muslima #muslimconvert #cairocats #bethechange #nevinaltmann