Do Black Lives Matter in Italy?

Stella Jean is making a huge fashion statement- and not just with her clothing, but with her voice. The Afro-Italian designer is unapologetically proclaiming that Black Lives Matter in Italy and has even demanded that the Italian National Fashion Chamber— as well as her fellow designers and industry peers, uphold with concrete action, their public pledges of support of racial diversity that followed the global revival of the movement back in May after the incident of police brutality in the USA which resulted in the death of George Floyd.

Incidents of racism by Italian fashion houses have been well-documented, from Gucci's Blackface sweater to Prada's Little Black Sambo bag charm to Dolce and Gabbana videos that were seen by many as mocking Asians. Even this summer, Marni — another major fashion house, apologised after being called out for its images of a Black man with chains around his ankles.

Jean and the co-author of her appeal, Milan-based U.S. designer Edward Buchanan, have expressed in interviews that the issue is deeper than just culturally insensitive designs. They claim that these racially-charged missteps highlight the lack of diversity in Italian fashion houses and the "pervasive racism and prejudice'' in the industry despite ''significant funds allocated to provide sensitive training.''

So far, responses to her call to action have been less than encouraging as she received a letter from the council president saying that addressing racial disparity within Italian fashion was not within the body's area of responsibility — despite the fact that members had backed a diversity manifesto in December. According to the letter, such initiatives "pertain instead to parliament, the government or any other bodies.''

Nevertheless, Jean is standing firmly on her stance, "When you tell most people in Italy that there is a racial problem and that we are victims of racism, sometimes even on a daily basis, they reply, 'No Stella, come on, what are you talking about? Racism doesn't exist in Italy, my best friend is black, I have a black nanny, so there is no racism in Italy.'

A frequent refrain from Black creatives in Italian fashion is that they are often the only non-white person in the workplace. They also see their opportunities and access limited by their ethnic background. Jean emphasised that she is trying to prompt change from within as the only Black designer to belong to the council since its formation in 1958.

The Rome-based designer of Haitian origins released a video Monday which explores the lack of black designers showcasing their work at the last two prestigious Milan Fashion Week events — a career-transforming opportunity in the business.

The underlying message of the video communicates, "Do you see us now? We are Made in Italy and Italy is Made of Us."

Jean is a unicorn, with her eponymous brand — rooted in multiculturalism, steadily growing since her Milan runway debut seven years ago. Still evolving within the industry, her outspokenness is daring and many of her non-white peers are hesitant to speak out for fear of professional repercussions.

Jean explains her approach, "I prepared, together with the women who are victims of microaggressions, a positive response, also using humour to lighten up this difficult topic a bit, this video 'Italians in Becoming' — so the new Italy, the new Italianism, the new Italians."

The president of Italy's fashion council, Carlo Capasa, told AP that the council would produce data on diversity inside fashion houses and that a progress report on the diversity manifesto would be made in December. He said the global Black Lives Matter protests had created a sense of urgency behind diversity pledges and acknowledged that "in Italy, there is a certain rigidity." 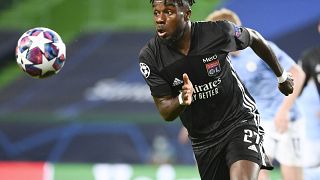 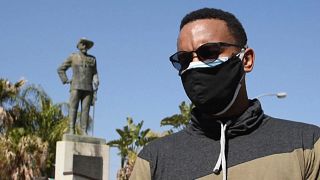 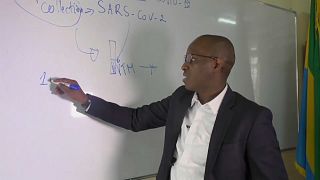