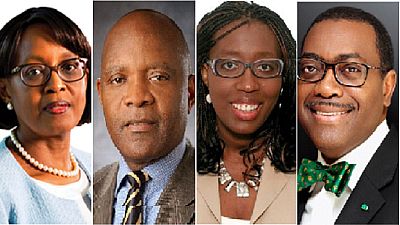 The coronavirus pandemic has seized the world in multiple ways, snuffing lives out of humans, economies and everyday activities of millions across the globe.

The fight against the rampaging virus has been classed as one that can be won if all hands now more than ever are brought on deck, from the frontline workers to the infected, from the ordinary citizen to the political class, from the national level to the global levels.

Almost the same prevention / containment routine was employed across much of the world, from the now famous lockdowns to ‘stay at home’ appeals, social / physical distancing measures, testing and ban on gatherings etc.

In the frontline are the hundreds of thousands of health workers, many across Africa who are risking it all for the collective safety of the population. The fight is a holistic one that calls on everyone irrespective of age, status, nationality, profession, religion or gender.

More often than not, we have seen politicians leading the charge via presidents, ministers and other top government officials. This article zooms in on technocrats leading Africa’s response at different levels be it at the health, diplomatic, social or economic levels.

We profile each candidate along the following metrics: current role and base, tenure, work and personal history and notable COVID-19 related quotes.

Note must be made that an African is currently leading the global fight in the person of the World Health Organization chief, Tedros Adhanom Ghebreyesus, the former Ethiopian Health Minister who has been lauded and slammed same for his handling of the pandemic.

He is the man directly leading Africa’s response to the COVID-19 outbreak and he came to the post with lots of expertise and experience in a professional career that spans nearly three decades.

He is an employee of the African Union, trained and worked in Europe, worked for the United States and back to Africa since 2016 to serve as Director of the AU’s Centers for Disease Control, Africa CDC.

The Africa CDC which he leads has been instrumental in response to COVID-19 from the word go. His team based in the Ethiopian capital Addis Ababa is providing strategic direction and supporting countries to improve surveillance, preparedness, response and prevention of disease threats.

Since the arrival of the virus in Africa, Africa CDC has led a series of capacity building efforts for health workers across Africa. Together with other partners like the WHO Africa region, Africa CDC also helped with deployments of critical supplies. The Center coordinates a statistical platform and also releases a periodic epidemiological report.

He also holds a certificate in management and leadership from the Harvard Kennedy School of Government. Fluency in English and French means he speaks the two dominant languages of the AU.
He is famed for his extensive work in the area of HIV research and studies and his professional pursuits have included a raft of publications. You can read more about his experience at the profile section of the Africa CDC website.

“I would be extremely cautious at this point to make any statement that we are moving slowly and that there are special factors. Our testing level is extremely low. African countries took very radical steps early on by shutting frontiers and doing lockdowns.”

“What South Africa has done is impressive, absolutely. We should stop being afraid of COVID and do things that work. That’s what they did. They are getting data, which is what will be required to unlock the country.”

The WHO Africa region has been under the spotlight for among other reasons projections of a case spike in a vast region that has well documented health system challenges.

Leading the overall health response with a heavy political and diplomatic weight is the WHO Director General for the Africa region, Matshidiso Moeti shoulders that responsibility from Congo-Brazzaville where the regional headquarters is based.

She leads the daily briefings giving updates on the virus and reviewing measures that are at different levels of execution across the continent. She sometimes has hard words for governments for actions and inactions that end up complicating the response.

But she is not a stranger to epidemics, not for a medic with over four decades experience in public health at the international, continental, regional and national levels. Aside COVID-19, she also coordinates response to Ebola and other disease outbreaks.

Her work in combating HIV/AIDS has been well documented with the “3 by 5” Initiative for Africa – a WHO programme that led to significant ease in access to anti-retro-viral therapy for persons with the disease.

She had previously worked within the United Nations structure with UNAIDS and UNICEF before joining WHO in 1999 as Deputy Regional Director, Assistant Regional Director, Director of Noncommunicable Diseases, WHO Representative for Malawi, Coordinator of the Inter-Country Support Team for the South and East African countries and Regional Advisor for HIV/AIDS.

Born in South Africa, schooled at a point in Swaziland (eSwatini) she is a Batswana having served as a one-time clinician and public health specialist with the Botswana Health Ministry. She is the daughter of doctors and married to a doctor.

She is the first woman to be elected as WHO Regional Director for Africa, she is currently serving her second five-year term, she was re-elected earlier this year, her tenure ends in 2025.

“We encourage very much the use of data, so that when a government decides not to lockdown a city, they need to be aware that there will be consequences in terms of the spread of the virus.”

Responding effectively to the #COVID19 pandemic means making tough decisions. Political leaders have to strike a balance between actions to control the pandemic & the impact of the measures on the lives of their people & national economies. pic.twitter.com/SwGIPKS9mk