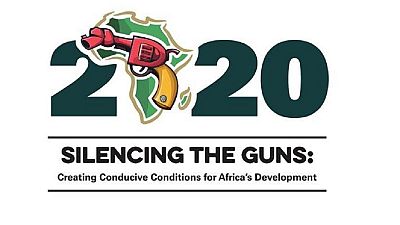 <p>Seven years ago, amid extravagant celebrations marking the African Union’s 50th anniversary, the continent’s heads of state declared they would “end all wars in Africa by 2020.”</p> <p>But as leaders travel arrive in Addis Ababa this weekend for the latest summit of the 55-member bloc — organised under the theme “Silencing the Guns” — there is little question they are doomed to fall well short of their goal.</p> <p>Some success has been achieved in Central African Republic and Sudan, but long-running conflicts in places like Libya and South Sudan have been joined by new crises from the fringe of the Sahara to Mozambique.</p> <p>In remarks Thursday to AU foreign ministers, AU Commission Chairman Moussa Faki Mahamat painted a bleak picture of the continent’s security situation, citing extremist threats stretching from the Sahel to Somalia.</p> <p>The “missed deadline” to silence the guns, he added, “reveals the complexity of the security situation in Africa.”</p> <p>In an op-ed this week in South Africa’s Mail & Guardian newspaper, Solomon Dersso, head of the AU’s human rights body, was blunter, saying the current level of insecurity “seems to make a mockery of the theme of the year.”</p> <p>Two days of talks open on Sunday.</p> <p>As they grapple with their failure to foster peace, African leaders have struggled to convince world bodies like the UN to take them seriously — for example as they seek a more prominent role in Libya.</p> <p>South African President Cyril Ramaphosa, who will take over from Egyptian President Abdel Fattah al-Sisi as AU chair on Monday, appears well aware of these challenges.</p> <p>In a speech to South Africa-based diplomats last week, he warned that conflict “continues to hamper” development.</p> <p>South Africa’s goals of advancing economic integration and curbing violence against women “must be underpinned by the promotion of a peaceful and secure Africa,” he added.</p> <p>- Libya and South Sudan – </p> <p>Diplomats say Ramaphosa would do best to tackle the economic and political root causes of violence. “Silencing the guns of course is the mother of all themes,” Osama Abdelkhalek, Egypt’s ambassador to the AU, told <span class="caps">AFP</span>.</p> <p>“If you want to address it, you’re speaking about the grass-roots socio-economic challenges, about political challenges, in addition to security challenges.”</p> <p>Ramaphosa has said Libya — mired in chaos since a 2011 <span class="caps">NATO</span>-backed uprising that killed longtime dictator Muammar Gaddafi — will be a key focus during his time in the chair.</p> <p>Ahead of a peace conference last month in Berlin, a spokeswoman for Faki complained that the AU “has consistently been ignored” in Libya-related peace processes, led primarily by the UN. But the AU’s attempts to assert itself have also been undermined by internal divisions.</p> <p>These date back to 2011, when African members of the UN Security Council endorsed military intervention, even as the AU’s Peace and Security Council opposed it.</p> <p>A Nigerien source recently explained that the AU remains divided on Libya, claiming that Egypt, for example, doesn’t want the AU to get involved.</p> <p>Abdelkhalek, the Egyptian ambassador, disputed this, saying that Egypt above all wanted “a Libyan-led political process” but stressing that “the international community must fulfill its mandate.”</p> <p>Meanwhile the AU has been overshadowed by Europe, which sees Libya as an urgent crisis fuelling migration and transnational crime, said Shewit Woldemichael, an Addis Ababa-based researcher with the Institute for Security Studies.</p> <p>“Libya… has been framed as a crisis unfolding on Europe’s doorstep, requiring a hands-on response by European countries,” Shewit said.</p> <p>- Manage expectations – </p> <p>Ramaphosa has also pledged to pay special attention to South Sudan, where a civil war has dragged on since 2013. Leaders have missed multiple deadlines to form a unity government. Last weekend, South Sudanese President Salva Kiir met with Ramaphosa during a trip to South Africa.</p> <p>Analysts said the move may have been an attempt to see what concrete progress could be made before the next deadline, which comes less than two weeks after the AU summit ends.</p> <p>“This is an opportunity for Ramaphosa to demonstrate his own personal interest in addressing issues beyond the rhetoric of public statements,” said Piers Pigou, from the International Crisis Group (<span class="caps">ICG</span>) think tank.</p> <p>South Africa currently holds a seat on the UN Security Council, potentially giving it more clout. In a report published Friday, <span class="caps">ICG</span> indicated Ramaphosa could face resistance from other African leaders, who “appear cagier than in the past about collective peacemaking.”</p> <p>But it urged Ramaphosa to try anyway, saying South Africa “could use the meeting to reinvigorate African efforts to calm the continent’s deadliest crises.”</p> <p><strong><em><span class="caps">AFP</span></em></strong></p>

If you want to address it, you're speaking about the grass-roots socio-economic challenges, about political challenges, in addition to security challenges.