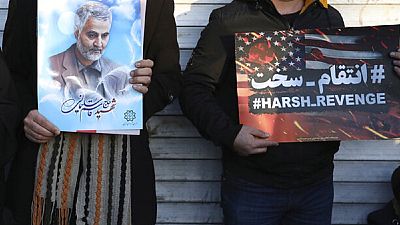 Most international news outlets are reporting on developments around the ever growing tensions between the United States and Iran.

America’s assassination last week of General Qassem Soleimani, Commander of Iranian Quds Force, has led to threats and counter threats by both sides. Iran threatens revenge whiles the U.S. dares them to do so.

The geopolitical dynamics and wider implication of the tensions continue to be explained by political analysts and security watchers.

Horn of Africa is a key risk center according to the International Crisis Group in a dispatch issued late last week. Nigeria over the weekend issued a nationwide red alert over the incident whiles over in South Africa, the ruling party bared its teeth at the foolhardy Americans. Also in the mix is how Kenya was an Iranian target at a point.

This article, our first News Analysis piece for 2020, pools together the major developments across Africa in the wake of the tensions.

South Africa’s African National Congress, ANC, in a statement called the U.S. airstrike that killed Soleimani as “inhumane.” They called on the United Nations to take action against “this act of international terrorism” and for restraint between countries.

The statement signed by secretary-general Ace Magashule read in part: “The ANC and all progressive formations of the world cannot afford to remain silent while the actions of the US appear to be undermining peace and security with impunity – a clear and deliberate erosion of Iran’s national stability.

“We urge the nations of the world, through the United Nations, to act firmly and expeditiously against this act of international terrorism. We urge all parties to this conflict to give peace a chance. We appeal for maximum restraint”.

Magashule said the act could cause another world war. “The ANC rejects this raw aggression against the people and government of Iran, which has the potential to plunge the Middle East and the World into a full-scale war.”

The ANC said it would utilise South Africa’s position in the UN Security Council to focus on conflicts locally and internationally.

The police in Nigeria on Sunday issued a nationwide red alert over the death of Soleimani, stating that the move was a proactive measure to thwart trouble makers.

“This proactive measure follows Intelligence Report that sequel to the recent killing of an Iranian General; some domestic interests are planning to embark on massive public disturbances and sabotage,” the statement read.

It added that deployments will be rolled out in overt and covert operations to quell any signs of protests. “Meanwhile, the IGP has assured all Nigerians and foreigners resident in Nigeria of adequate security. He has equally warned all potential troublemakers to steer clear of the streets and territory of Nigeria,” the statement concluded.

Nigeria has a significant population of pro-Iran Muslims, the Shi’ites. Analysts believe the alert is to preempt any attempts by members of the group to protest. A picture was making the rounds on social media over the weekend of a small protest by some Shi’ites purportedly in northern Nigeria.

Members of the sect have over the years gotten into deadly clashes with members of the security forces whiles they protested demanding the release of their leader, Ibrahim el Zakzaky, who has been detained since 2015.

A report in the aftermath of the assassination quoted U.S. Vice President Mike Pence as claiming that the late General Qasem Soleimani, the head of the Quds Force – the elite part of the Iranian Revolutionary Guard Corps – was a terrorist who plotted attacks against Kenya in 2011.

In a tweet thread, Pence said Soleimani: “Directed IRGC QF terrorist plots to bomb innocent civilians in Turkey and Kenya in 2011.” The claim was however debunked strongly especially on social media with Kenyan commentator posting that the claim could not be further from the truth.

You are making sure we are pulled into your stupid wars. Kenya exported a huge amount of tea to Iran last year. That alone makes us indifferent to your wars. We are allies with Iran and we wouldn't want to be enemies just because you are an enemy of Iran. https://t.co/flSmmR0buv

A Horn of Africa security analyst, Rashid Abdi, however; warns that an attack on a US-Kenya military base in Kenya’s Lamu County should be looked at more keenly.

The attack claimed by Al-Qaeda-affiliated Al-Shabaab claimed the lives of three Americans and damaged key combat materials. Abdi, formerly of the Crisis Group said Kenya remained worried over the Iran-U.S. tensions for fear of a remotely unlikely cooperation between Iran and Al-Shabaab, AS.

“Avowedly Wahhabist Al-Shabaab not natural ally of Shia Iran, hostile, even. But if Kenyan claims true, AS attack may have been well-timed to signal to Iran it is open for tactical alliances. An Iran under pressure unlikely to turn down overtures from militants in Red Sea/Horn.

“Kenyan officials have been worried ever since tensions built up between Iran and US. An AS that forges relations with Iran is nightmare scenario. A Houthi-style upgrade – rockets and drones – could significantly alter asymmetric warfare terrain in Horn,” he said in a tweet.

International Crisis Group reported last week that the Red Sea strait of Bab el Mandeb, located between Yemen and the African countries of Djibouti and Eritrea was one of the areas that might be on the receiving end of rising escalations between United States and Iran.

The group stressed that it was important that the two African countries and the Horn of Africa at large remain vigilant. Over in Yemen, the United States is backing its ally Saudi Arabia against the Iran-backed Houthi rebels.

The assessment warning also lists the other flashpoints in Lebanon, Syria, Yemen and the Gulf of Hormuz. Meanwhile an attack by Al-Shabaab on a Kenya-U.S. military base in Kenya’s Lamu County over the weekend has largely been tagged as an isolated incident. 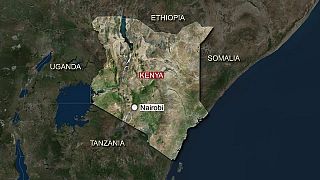 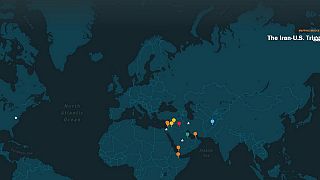