Thousands of attendees, including the founders of many regional startups, attended the two-day Sharjah Entrepreneurship Festival (SEF) this November.

It was an opportunity for business leaders and budding entrepreneurs to brainstorm, upskill their talents and even raise a little capital.

According to the festival’s organiser, Najla Al Midfa, who is also CEO of the Sharjah Entrepreneurship Centre (SHERAA), the 100 startups to have joined her entity in the past 4 years have received collective investment of around $50 million.

Investments also rose by more than 30% this year, compared to 2018. 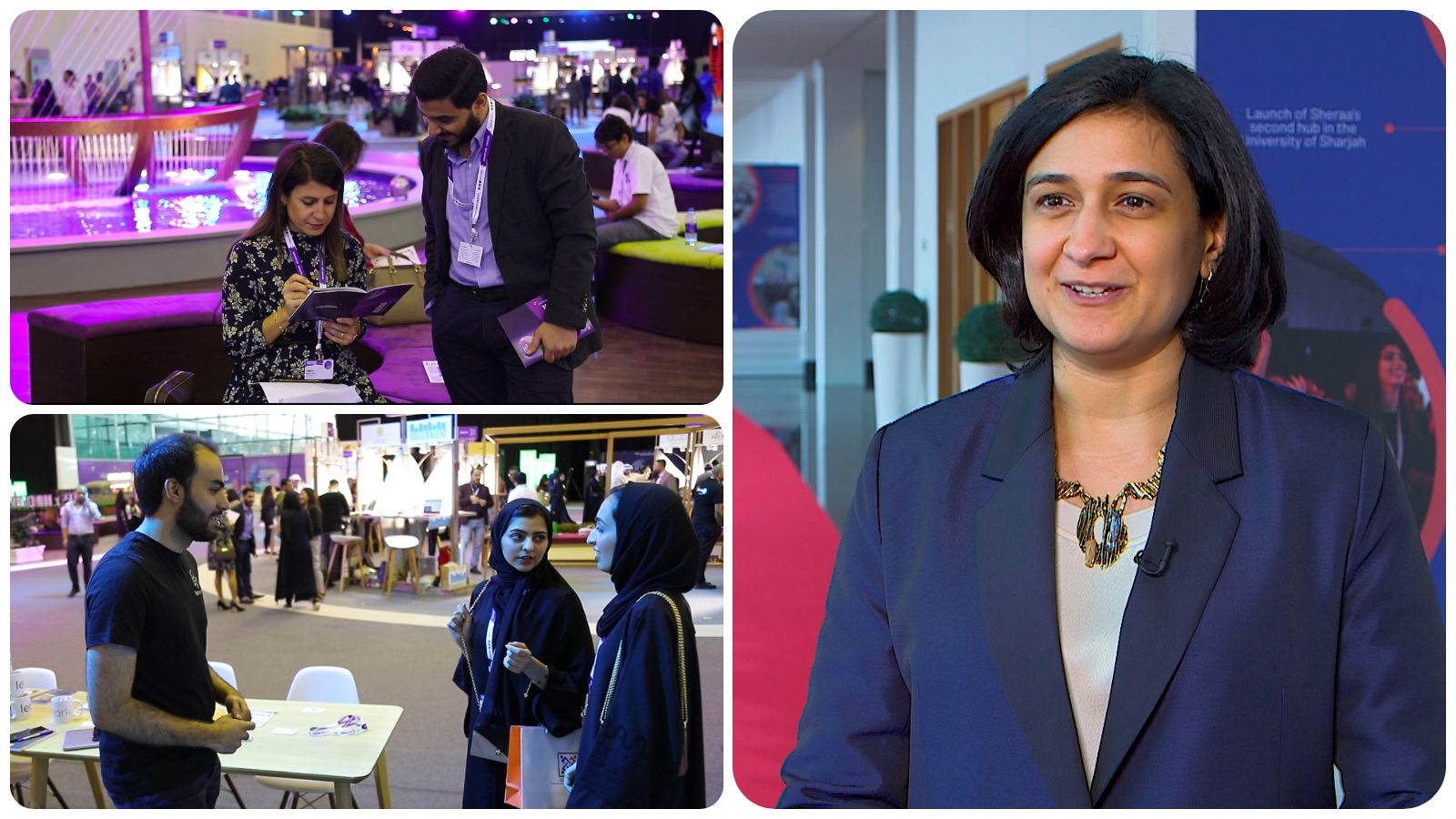 Al Midfa forecasts that SMEs, or small and medium sized enterprises, will continue to support the UAE’s growth in the near and long-term.

“SMEs are the backbone of the economy and a large part of non-oil GDP in the UAE comes from SMEs, so they do play a large role,” she says. “Obviously, even these SMEs will also need to hire, so there will always be a need for full-time talent, but I believe we still haven’t reached our full potential when it comes to entrepreneurship. So, there’s still much to be done.”

AKON TO RUN IN 2024 PRESIDENTIAL ELECTION

Celebrities, who are also CEOs and entrepreneurs, were also on the ground in Sharjah to offer advice to self-starters in the room.

Grammy-nominated Akon, of Lonely, Beautiful and Locked Up fame, was a star attraction.

In addition to being a multi-platinum selling musician, the American-born Senegalese artist is a passionate philanthropist and, as he puts it, “a social entrepreneur.” 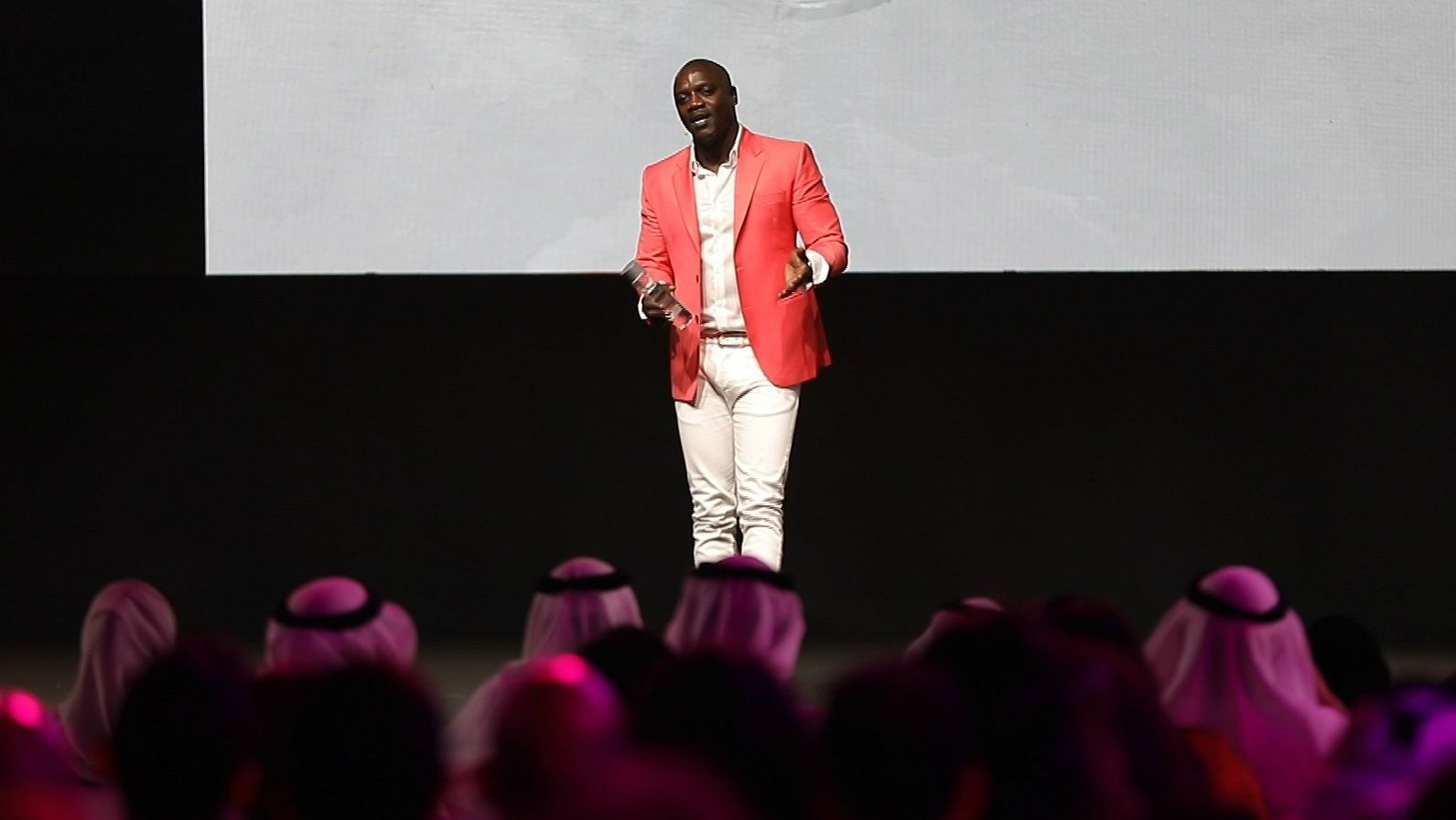 His initiative ‘Akon Lighting Africa’, is geared towards provide electricity for an estimated 600 million Africans through solar power projects.

The 46-year-old also launched his own cryptocurrency, called ‘Akoin’, to create opportunity and inclusion for Africa’s young entrepreneurs.

Through his commercial ambitions and his musical success, Akon has found himself on the Forbes Celebrity 100 list, as well as being named 5th in the 40 Most Powerful Celebrities in Africa.

To see what lay ahead for Akon, including his ambitions to be U.S President one day, Inspire Middle East’s Rebecca McLaughlin-Eastham sat down with the artist and businessman in the UAE. 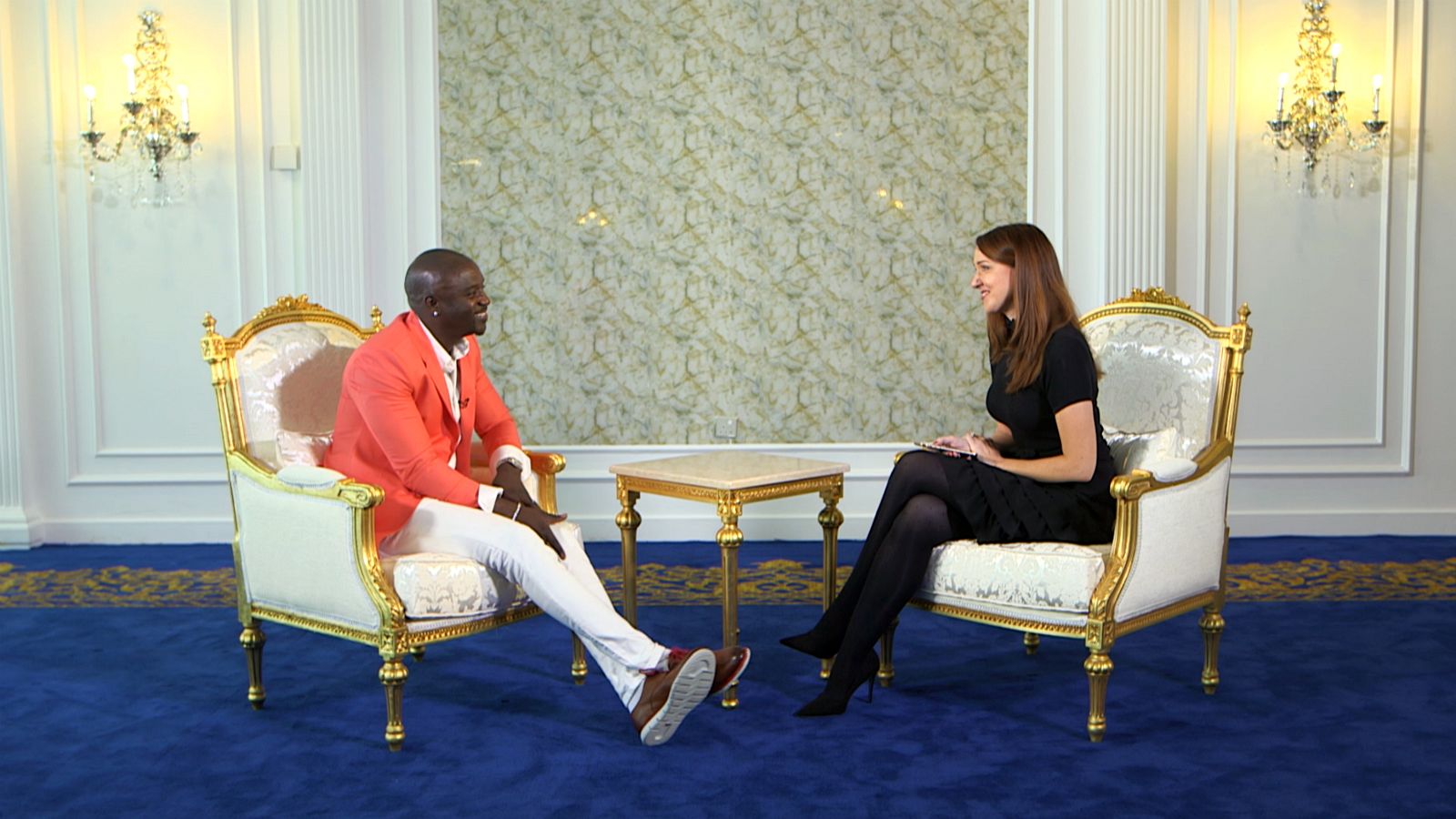 Rebecca McLaughlin-Eastham: As an American citizen, and as we count down towards the U.S Presidential election in 2020. What do you make of the current political state of affairs?

Akon: It’s super, super, super scary. Because I always felt that when it came to government in the U.S, we had a specific standard that everybody aligned their goals around. It’s to the point now, where even they’re skeptical of how we’re governing, because you just don’t feel safe, you know?

Rebecca: You have ruled out of running in the upcoming election, but not in 2024. So, what makes you right for the job?

Akon: I think if you’re going to run for office, you are serving. And I think that’s a little bit different from a job. I’ve kind of experienced everything that a U.S citizen can experience – being an entrepreneur, understanding growth and building companies. I can also say the same thing from a business level and then from a political standpoint. I’ve been, literally, advising presidents from everywhere. I mean, like over 15, you know, countries in Africa – all throughout the world.

Rebecca: Well, let me pick up on that – you say you’re advising numerous heads of state from Africa. But I’m keen to know what subject is floating to the top, what’s the advice that you’re giving them?

Akon: It’s about the youth, you know, because seventy percent of Africa’s population is under 21. So, that’s the future for Africa and I think their focus needs to be on the youth. For example, creating more opportunities, subsidizing funds that can go into entrepreneurship for those kids that have great ideas and need seed money, because all it’s going to do is create a better economy for Africans to live in, in those specific countries.

Rebecca: Looking at SME’s in Africa, and looking at the Middle East region, do young entrepreneurs face the same challenges? Does it all come down to financing in the early stages?

Akon: Yeah. I think the biggest challenge for entrepreneurs is the early stage. I think a lot of companies that are in a position to invest, are often looking at those companies as high-risk. You know, they have this 80:20 rule, when the majority of the money is going to go in the air and 20% might come back. Which is sadly true to an extent, because as a starting company – it’s just an idea that you just hope goes somewhere. So, you have to strategically design your ideas towards something helpful to society. I think when you do that, it just gives you a better shot at creating a more successful company, in a faster way.

Rebecca: Talk to me about music: R&B and the hip-hop scene. What do you make of the genres today? Because, you’ve famously said in the past that young, aspiring musicians should stop chasing the dream. Stop chasing the money and the record deals. Why so?

Akon: So, basically what I meant by saying that is, don’t focus too much on the record companies or deals, for instance. It takes too much time away from creating and perfecting. The major record labels aren’t going anywhere. They’re going to always be there to snatch you up when you become that household or community name. They’re just waiting for that one to rise above all the rest, and you have to focus on rising above the rest.

Rebecca: Staying with music, we have to touch upon Kanye West – one of your musical contemporaries…

Rebecca: If you do run in the 2024 presidential election in the United States, he’ll potentially be your competition. Battle of the Titans or easy win?

Akon: (Laughs) I don’t even see it as a competition. I think it’s healthy for America. Because, think about it, before Obama no one ever thought they could run for president. And today, we got people like me and Kanye saying, “You know what, man, I’m going to run.” So, it builds that hope, it builds that idea. And people also realize that there’s things we can bring to our country. That the average citizen can’t, because of our experience and how we move.

So, you never know. We might get to the point where we’re neck-and-neck with each other. And I wouldn’t hesitate to say, “Look man, if you want, I’ll make you my running mate – because you’re just that popular – to point where we’re competing against each other at the last tail.” I would completely bypass all the partitions stuff, and say, “Listen, you are needed. Let’s go into this thing together.”