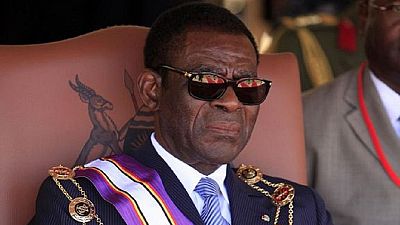 Equatorial Guinea’s Teodoro Obiang Nguema is celebrating 40 years in power, a record time for any current President in the world.

The 77 year old leader is grooming his 51 year old son Teodorin and his current vice president to take over the top job of the small oil state in central Africa.

Teodoro Obiang came into power in August 3, 1979, he and his officers overthrew his uncle, the dictator Francisco Macias Nguema, who was shot two months later.

Teodoro Obiang Nguema is the first leader of the country with few resources.

President Obiang managed to escape the threats of coup d‘état and worked hard to command powerful security services under his direct authority.

Since coming to power, he claims to have foiled at least ten coup attempts or assassinations and, at each attempt, Malabo has accused the army, the opposition or foreign powers alternately.

The latest episode to date, Malabo foiled a coup attempt in December 2017. The alleged perpetrators, more than 130 people, including many foreigners, were sentenced in June to prison terms ranging from 3 to 96 years.

The fight for Liberation

On the other hand, the 1979 coup was described by the authorities as a “Coup de liberté”.

It will be celebrated on Saturday in three cities across the country, including Bata, the economic capital, Mongomo, the president’s hometown, and Djibloho, a new city built in the middle of the jungle with petro-dollar money, symbolizing the transformation of this small country, the only Spanish-speaking country on the continent.

Teodoro Obiang Nguema, first leader of a country with few resources and treated with sufficiency by other African presidents, benefited from the discovery of oil in territorial waters in the early 1990s.

The maps are reworked, the country is getting richer, and is among the highest GDP per capita in Africa: $19,513 per capita in 2017, according to a UN report.

But this new wealth has mainly been used to finance pharaonic projects, such as Djibloho’s, which alone consumed nearly half of the country’s budget in 2016 to the detriment of education or health.

Life expectancy thus stagnates below 60 years in the country.

At the same time, Equatorial Guinea is regularly cited by NGOs as one of the most corrupt countries in the world, preferring to invest in luxury private mansions in Europe.

The president’s son, Teodorin Obiang, appointed vice-president in 2012, was sentenced in 2017 in Paris to three years in prison and a €30 million fine in the “ill-gotten property” case, a decision he appealed.

The procedure does not hinder succession planning. At the end of November, he led his first Council of Ministers. While his father’s portrait is omnipresent on the walls of Malabo and the rest of the country, he prefers to appear on social networks, between political summits, Rio carnival and diving session among sharks.

Teodoro Obiang, for his part, shows his contempt for all “Western” critics of his management and human rights violations.

One of the main opposition parties, Citizens for Innovation (CI), was dissolved in February 2018 following the November legislative elections.

Opponents are frequently arrested, and many of them have found refuge abroad, particularly in Spain, a former colonial power.

On the other hand, the oldest head of state continues to welcome many of his counterparts from the continent for the end of difficult months or regimes. Yahya Jammeh, threatened with sanctions and extradition linked to her dictatorial governance in Gambia for 22 years, found refuge in Malabo in early 2017. 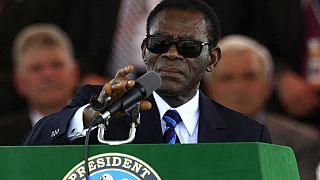