Kenya's homosexual ruling, is the fight over? 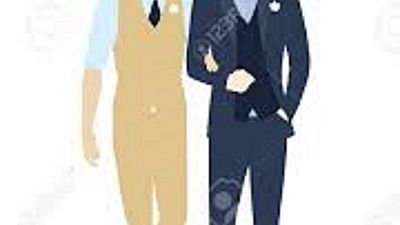 With no further delays, Kenya’s high court on Friday dismissed with ‘passion’ any possibility for same sex marriage, with criminal sanctions strongly upheld.

Could this ruling open doors of inspiration for other African countries to confidently reject an act classified as ‘‘babaric and abnormal’‘,or could this be a bolster for same-sex relations activist to fight hard?.

Many gays and lesbians in Kenya have refused to take a ‘bow of defeat’ but to press on until life is seen through their own eyes too.

I want to be happy for myself, just the way I am.

One such faithful is Kenya’s homosexual activist, Kevin Mwachiro who took to twitter expressing that there is much to be proud of in the fight for equality despite this setback.

Although the High Court has ruled against campaigners seeking to overturn a law banning gay marriage, the battle appears far from being over; with a considerable number of responses applauding his efforts.

“Thirteen years ago, I would never have thought that Kenya could get to this point – that our LGBTQ community would go to court and fight for our rights. We have come a long way”, he said.

Thank you for sharing your story, Kevin Mwachiro. I love your optimism through it all: “Maybe not today, but the fact we took on a system that is slow and scared to change is a victory in itself.”

Kevin like many others in Kenya, is not ready to back down until Kenyans learn to love and respect each member of the homosexual community.

If hunters have refused to shoot without missing, then birds will learn to fly without perching.

With President Uhuru Kenyatta’s stern glances, the uncompromising stands of the high court and the disgust of some Kenyans, its not far to imagine the faith of these men and women classified as a ‘biological deviation’ by some people.