Behind the walls, heart of an orphaned child 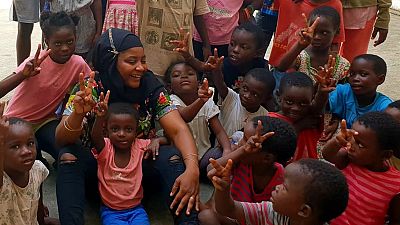 Like a picture in a frame, the walls of orphanage homes bear not only the memories of their lives, but holds thousands of dreams and aspirations unborn.

If only those walls could make dreams come true, the long gaze of wishfulness day and night by these children, is enough to liberate the doors of success.

Some of these desires do come true, through the benevolence of countless people who understand the language of loneliness and need for love. But others simply do not.

These are kids who really deserve your love. Support an orphan and make those dreams ‘behind the walls’ come through

New home, new people and a brand new way of life after probably feeling the warmth of a parents love, and then nature snatches them away through death. How does it feel like growing, in need of a family, shelter and care?

Nearly 140 million children are classified as orphans globally according to a 2015 United Nations International Children’s Emergency Fund (UNICEF) report. 95 percent of these children are over the age of five.

Africa’s 52 million alone, makes it a home to more than a quarter of orphans in the world. By projections, over 30 percent of Africa’s youth are orphans.

Statistics on orphans include not only those who have lost both parents, but also those who’ve lost a father or a mother.

Most of these children were once faced with lack of basic necessities like food, proper drinking water and with no idea where life could lead them to. Not to talk of education or medical care.

Even as they wallow in their low self-esteems the screams of hope for a prosperous and a more meaningful life will not stop ringing. ‘’ I want to be a doctor, teacher, pilot’’. This keeps knocking behind these walls.

Several people and even NGOs have been assisting orphanage homes.The question we should really ask is what should we do to improve our involvement to help these kids out?

The orphanage homes in Pointe-Noire, Congo are putting in their best, but a lot more needs to be done.

Like in the case of little 7 year-old Eric, in Orphelinat Coeur celeste, who happily runs around with other kids in the orphanage home, but struggling with an eye condition that could be detrimental.

This condition has never changed since his arrival at the orphanage due to lack of enough financial resources to curb the situation.

These are kids who really deserve your love. Support an orphan and make those dreams ‘’behind the walls’’ come through.