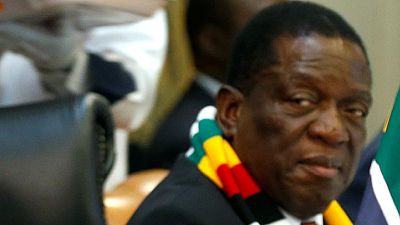 Zimbabwean president Emmerson Mnangagwa is due back in the country having opted to cut short a trip to the United Arab Emirates, the Information Ministry announced on Sunday.

The president: “has shortened his visit to the UAE to make sure he is involved directly with the national response by way of relief to victims of cyclone IDAI.

“President has also incorporated in his schedule a plea for assistance for the cyclone victims,” the Ministry said in a tweet.

My thoughts & prayers are with all those affected by Cyclone Idai. Rescue operations are underway & we are grateful for the bravery of the men & women of the Zimbabwean armed forces who, along with our local & international partners, are participating in the urgent rescue efforts

Zimbabwe continues to count losses from Cyclone Idai, from the deaths which as at Saturday evening was pegged at over 30 to the mass destruction of structures and displacement of thousands in the affected areas.

Communities have been totally cut off from one another in most places. The government has declared a state of disaster in the wake of developments. The statement signed by Acting President Constantino Chiwenga said “government is working round the clock to manage this unfolding disaster.”

#TropicalCycloneIdai: Chipinge – Mutare road badly damaged by the cyclone. Several buses are stuck at Rutengenye area after the road gave in. pic.twitter.com/0NpHiErNU2