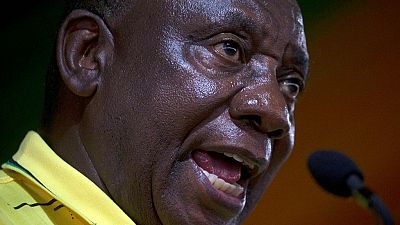 President Cyril Ramaphosa told South Africans on Twitter that he was quite angry and alarmed at the latest power cuts imposed by utility company Eskom.

“That comes as quite a shock. It is reported that there are six units that are down – that is most worrying, most disturbing,” said Ramaphosa during a live Twitter broadcast.

Eskom is a risk. We have all our energy eggs in one basket.

Ramaphosa is trying to reform cash-strapped Eskom, which supplies more than 90 percent of the power in Africa’s most industrialised economy but is drowning in 419 billion rand ($30 billion) of debt, to lift the economy before an election in May.

But he has been hampered by fiscal constraints, as well as a sharp deterioration in Eskom’s power plant performance after years of mismanagement during which critical maintenance work was delayed.

How costly is Eskom failure?

Eskom spokesman Khulu Phasiwe said the company would cut 4,000 megawatts from the national grid from 1100 GMT on Monday, likely until 2000 GMT, and that the last time Eskom had slashed so much power was in the 2014/15 financial year.

The rand fell to its weakest in almost three weeks, and Eskom’s dollar-denominated 2028 bond suffered its steepest daily fall in more than two months, as investors fretted about the economic impact of the power cuts.

“Eskom is a risk. We have all our energy eggs in one basket. When the generator of energy in our country reports that there are six units, it means all six eggs are broken and possibly we just have over a dozen eggs. It should not be like that,” says Ramaphosa.

The South African Chamber of Commerce and Industry (Sacci) also expressed its worry that load shedding would affect investment, and eventually become the problem of all South Africans.

“We have to find a solution for Eskom because the power utility is now becoming a risk that the country itself face because if that thing doesn’t work out… it’s too big to fail. It will collapse and take every else down with it,’‘ said Sacci CEO Alan Mukoki.

Eskom said the cuts would take 4,000 megawatts of demand out of the system to prevent its collapse, pleading with residents and businesses to use electricity sparingly as it warned that power outages were likely to continue until April.

Can Eskom be fixed?

Public Enterprises Minister Pravin Gordhan met Eskom executives and the firm’s board of directors to discuss a way out of the crisis.

They decided to conduct a full audit of the country’s power system to identify weak points and avoid further crises, the board said in a statement.

Four of the seven units that unexpectedly went offline were back in service by Monday evening, while the remaining three would be back by Tuesday morning, the statement added.

Ramaphosa announced a plan last week to split Eskom into three separate entities in an effort to make it more efficient.

Ramaphosa’s plan to split Eskom faces opposition from powerful labour unions and within his ruling African National Congress party, while some analysts have said a bolder approach was needed.

Ratings agency Moody’s said on Monday an “unbundling” of Eskom into different units for generation, transmission and distribution would pave the way for greater transparency but do little to solve the firm’s financial difficulties.

“While this is a bold step, it probably won’t be enough. Splitting it in three doesn’t fix the issue that Eskom is in a very dire financial situation,” said Trieu Pham, an emerging market debt strategist at Dutch bank ING.

Ramaphosa’s efforts to reform Eskom have been hampered by fiscal constraints, as well as a sharp deterioration in Eskom’s power plant performance after years of mismanagement during which critical maintenance work was delayed.