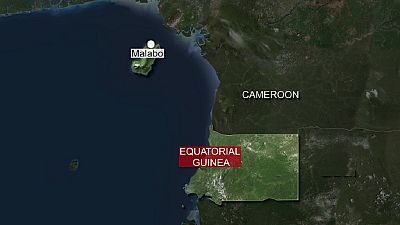 <p>After the recent opening of a bridge linking The Gambia and Senegal, two other African countries have started plans to do same.</p> <p>Over in Central Africa, Equatorial Guinea and Cameroon have agreed a deal in principle to build a bridge over the Ntem River which separates the two countries. </p> <p>It will link Campo in Cameroon to Equatorial Guinea’s largest commercial city, Bata. Campo is a town on the Atlantic Ocean coast of southern Cameroon, where it is the main border town for travel to Equatorial Guinea.</p> <p>According to the <a href="http://www.xinhuanet.com/english/2019-02/03/c_137796977.htm" target="_blank"> Xinhua news portal, </a> despite reaching an agreement on Saturday (February 2), the deal is set to be signed in mid-March this year.</p> <p>“It is an integrating project that establishes the possibility of movement between the two countries. </p> <p>“Once this project is realized, we will have another possibility of traveling by land through Cameroon and the Republic of Equatorial Guinea,” Cameroonian official from the Ministry of Economy Planning and Regional Development, Paul Tasong told reporters. </p> <p>The construction of the bridge is said to be started this year and will be overseen by the Economic Community of Central African States, <span class="caps">ECCAS</span>. The contractor and the cost of the project has yet to be disclosed.</p> <p>Other countries that have planned a bridge to link their capital are the two Congos – <a href="http://www.africanews.com/2018/11/15/congos-separated-by-river-congo-to-link-up-with-550m-bridge/" target="_blank"> the $550m project </a> linking Kinshasa (DR Congo) and Brazzaville (Congo Republic) is set to include a toll bridge, railway track, road and a sidewalk.</p> 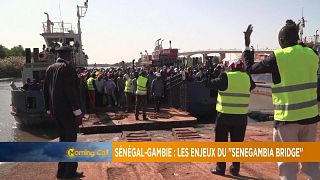 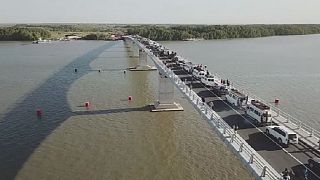 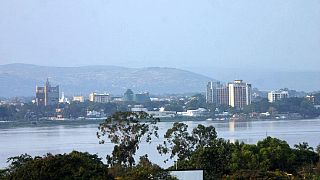