The Nigerian Bar Association, NBA, has directed its members to boycott courts across the country in protest of the manner in which the former Chief Justice was suspended by the president.

NBA in a circular directed that its members should stay away from all courts for two days (between 29 – 30 January 2019). The decision was taken after the NBA’s National Executive Committee, NEC, met on Monday.

The association joins a long list of groups – home and abroad that have criticized the manner in which President Buhari replaced ex Chief Justice Walter Onnoghen.

Rising from its NEC meeting,the Nigerian Bar Association, NBA will embark on a two-day warning boycott of all courts in Nigeria from tomorrow the 29th day of January, 2019 over the suspension of Justice Onnoghen

Buhari suspended Onnoghen last Friday and immediately replaced him with Justice Ibrahim Tanko Mohammed, being the next most Senior Justice in the Supreme Court. Tanko took the judicial oath as Chief Justice of Nigeria in an Acting Capacity.

Buhari cited an order from the Code of Conduct Tribunal, CCT, that asked that Onnoghen be suspended pending closure of a case of non-declaration of assets.

The suspension has however raised eyebrows in the political arena especially as it comes barely weeks to crucial general elections. The main opposition Peoples Democratic Party, PDP, suspended campaigns as a sign of protest.

The United States and United Kingdom also weighed in stressing their dissatisfaction with the move but the presidency fired back demanding that their allies desist from meddling in Nigeria’s internal affairs. 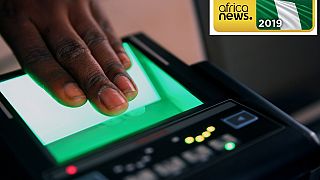 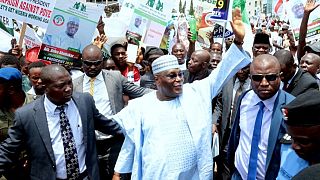 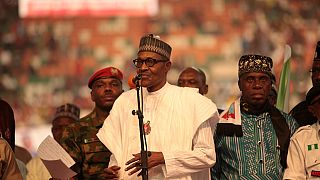