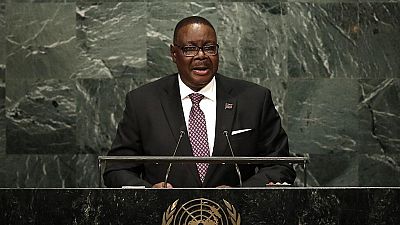 <p><strong>Malawi’s government is headed for a constitutional crisis following president Peter Mutharika decision to sack Vice President Saulos Chilima on Wednesday in a cabinet reshuffle.</strong></p> <p>Chilima is seen as the biggest threat to Mutharika ahead of next year’s presidential election, having resigned from the ruling Democratic Progressive Party (<span class="caps">DPP</span>) party, accusing it of breeding <a href="http://www.africanews.com/2018/06/06/malawi-vp-attacks-president-quits-ruling-party/"target="_blank">nepotism, cronyism and corruption.</a></p> <p>In July, the president’s office <a href="http://www.africanews.com/2018/07/27/malawi-vp-chilima-s-security-detail-reduced-days-after-announcing-presidential/"target="_blank">withdrew Chilima’s security clearance,</a> saying he would only have that privilege when performing government duties.</p> <h2 style="font-size:16px;">Can Mutharika fire Vice President?</h2> <p>Chilima’s name was not on the list of members of cabinet which the chief secretary to the government, Lloyd Muhara, released. No replacement for him was named either.</p> <p>The Malawian constitution provides that the country shall have “a Cabinet consisting of the President, the First Vice President, the Second Vice-President and such Ministers and Deputy Ministers as may, from time to time, be appointed by the President”.</p> <p>The vice president, who is elected along with the president is therefore considered to be an automatic member of the cabinet.</p> <p>Leaving Chilima out of the cabinet may be interpreted as being against provisions of the constitution, which president Mutharika has no power to amend.</p> <a style="font-size:16px; font-color:yellow;" href="http://www.africanews.com/2018/08/18/malawi-politician-says-constitution-should-be-changed-to-allow-president-to/"target="_blank"><span class="caps">READ</span> <span class="caps">MORE</span>: Malawi politician says constitution should be changed to allow president to fire his deputy</a> <p>Opposition leader Lazarus Chakwera of the Malawi Congress Party (<span class="caps">MCP</span>), called out the president for disreagarding the law, as he conducted his latest reshuffle.</p> <p>Pointing out that Mutharika has no powers to fire Chilima, Chakwear added that the cabinet also falls short on the constitutional provision for 40% female representation. Mutharika’s 20-member cabinet has three female ministers.</p> 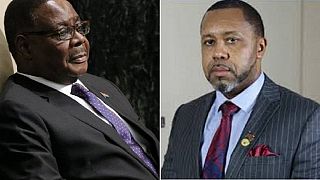 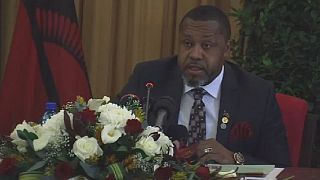 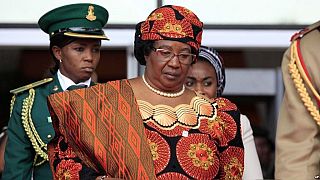