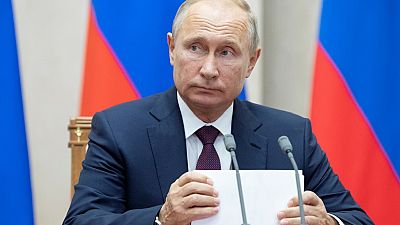 <p><strong>Russia’s donation of arms to Central African Republic (<span class="caps">CAR</span>) has cemented the former’s ambition to exert influence and win support on the continent.</strong></p> <p>When <span class="caps">CAR</span> appealed for help against militia groups last year, Russia’s donation of weapons was chosen over former coloniser, France which offered guns it had seized off Somalia. </p> <p>“We presented our problem and Russia offered to help us, subject to Security Council approval,” said Albert Yaloke Mokpeme, CAR’s presidential spokesman. “If peace is restored tomorrow in <span class="caps">CAR</span>, I think everyone will be happy.”</p> <p>By early February, Russia had sent nine planes with weapons along with dozens of contractors to train local soldiers and secure mining projects, marking the start of its highest-profile military foray in sub-Saharan Africa for decades.</p> <p>Besides sending arms and contractors to <span class="caps">CAR</span>, Russian national Valery Zakharov is a security adviser to President Faustin-Archange Touadera and Russia’s defence ministry said last week it planned to establish a five-person team at CAR’s defence ministry.</p> <h2 style="font-size:16px;">Beyond <span class="caps">CAR</span></h2> <p>During the Cold War, the Soviet Union forged close military and diplomatic ties with many African countries. It was involved in proxy wars in states such as Angola, Ethiopia and Mozambique and helped independence movements fight Western colonial powers.</p> <p>Russia is now trying to revive some of the relationships that lapsed after the Soviet Union’s collapse.</p> <p>As part of Russia’s renewed push, Foreign Minister Sergei Lavrov went on a five-nation tour of Africa in March, attended a summit in South Africa in June and visited Rwanda, chair of the African Union, this year.</p> <p>Ethiopia signed its deal in April, a month after Lavrov visited to discuss nuclear energy, agriculture and transportation projects.</p> <p>Russian firms have signed mineral deals in Sudan, which cooperates with Moscow in defence technology, and Russia is looking at diamond and platinum projects in Zimbabwe as well as energy projects in Chad.</p> <a style="font-size:16px; font-color:yellow;" href="http://www.africanews.com/2018/10/16/egypt-sisi-to-discuss-a-strategic-partnership-with-putin/"target="_blank"><span class="caps">ALSO</span> <span class="caps">READ</span>: Egypt’s Sisi to discuss a strategic partnership with Putin</a> <p>Over the past decade, Russian trade with sub-Saharan Africa has increased fast, albeit from a low base. From 2010-2017, total trade rose to $4.2 billion a year from $1.6 billion, according to the Center for Strategic & International Studies www.csis.org.</p> <h2 style="font-size:16px;">Understanding Russia’s geopolitics</h2> <p>Since Western nations sanctioned Russia for annexing Crimea in 2014, Moscow has signed 19 military cooperation deals in sub-Saharan Africa, including with Ethiopia, Nigeria and Zimbabwe, according to its foreign and defence ministries and state media.</p> <p>The continent’s 54 member states at the United Nations – three of which sit on the Security Council at any given time – form the organisation’s largest voting bloc and one of its most coherent, making them attractive allies for Russia.</p> <p>“The West is not very much loved by many countries. And many (see) Russia as the country that will oppose the West,” said Dmitri Bondarenko, an anthropologist and historian at Russia’s Institute for African Studies.</p> <blockquote class="twitter-tweet" data-lang="en"><p lang="en" dir="ltr">Russia plans investment in Eritrean port as foreign ministers meet <a href="https://t.co/B6Xl7TN88s">https://t.co/B6Xl7TN88s</a></p>— africanews (@africanews) <a href="https://twitter.com/africanews/status/1035608286190620672?ref_src=twsrc%5Etfw">August 31, 2018</a></blockquote> <script async src="https://platform.twitter.com/widgets.js" charset="utf-8"></script>

We presented our problem and Russia offered to help us, subject to Security Council approval.