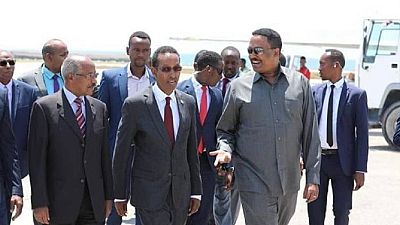 <p>Foreign Affairs Ministers of Eritrea and Ethiopia arrived in the Somali capital Mogadishu on Wednesday, October 17, for talks. </p> <p>Somalia’s Foreign Affairs Minister Ahmed Isse Awad received his counterparts, Osman Saleh, Eritrea; and Workneh Gebeyehu, Ethiopia, on their arrival at the airport.</p> <p>Reports indicate that the meeting will culminate in the meeting of leaders of the respective countries. It is seen as the latest sign of strengthening of relations across the Horn of Africa.</p> <p>Political watchers say it is a boost for regional cooperation, diplomacy and security. There has been no date announced with respect to when Ethiopian Prime minister Abiy Ahmed and Eritrea’s Isaias Afwerki will be expected in town.</p> <p>The last time the three ministers met in the region was in Asmara after their leaders signed a tripartite cooperation agreement. The trio were dispatched to Djibouti to mediate in soured relations between Eritrea and Djibouti.</p> <p>Since the meeting between the ministers, Eritrean president Isaias Afwerki and Djibouti’s Ismail Omar Guelleh have met under the auspices of the Saudi king to begin efforts at resolving their decade-long disagreement.</p> <p>Away from the region, the trio also represented their countries at the 73rd United Nations General Assembly in New York. With a common theme of Eritrea sanctions lifting running across their address.</p> <iframe src="https://www.facebook.com/plugins/post.php?href=https%3A%2F%2Fwww.facebook.com%2Fafricanews.channel%2Fposts%2F2016209435109560&width=500" width="500" height="506" style="border:none;overflow:hidden" scrolling="no" frameborder="0" allowTransparency="true" allow="encrypted-media"></iframe> <a href="https://twitter.com/AlfaAfrican" class="twitter-follow-button" data-show-count="false">@alfaafrican</a><script async src="//platform.twitter.com/widgets.js" charset="utf-8"></script> 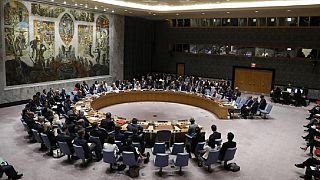 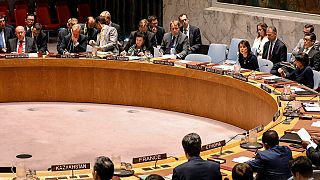 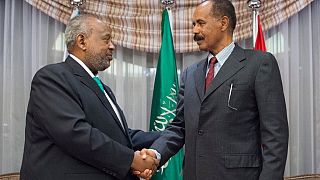