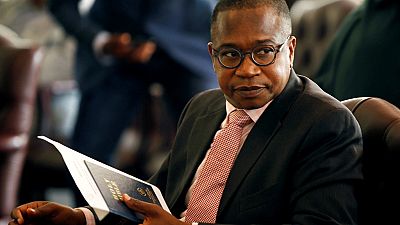 Recently-appointed Mthuli Ncube said job cuts were among austerity measures needed to revive the moribund economy as the southern African country reels under a debt of $16.9 billion.

“We are going to do that (job cuts),” Ncube told journalists at a news conference while presenting a two-year fiscal policy plan titled “transitional stabilisation programme”.

Trying to restructure your workforce is never easy. It's painful, it's emotional and can be a traumatic process but still necessary.

“Trying to restructure your workforce is never easy. It’s painful, it’s emotional and can be a traumatic process but still necessary,” he said.

Ncube said the government, which has a workforce of more than 300,000, will target jobs held by workers due for retirement and “those who are not correctly positioned in their positions”, but he gave no figures.

The task ahead for Mnangagwa

He warned that the country’s fiscal deficit for the first half of the year, which stands at $1.4 billion, will top $2.7 billion by the end of 2018 if not controlled.

President Emmerson Mnangagwa, who was elected in a disputed election in July, has vowed to revive the economy.

Today’s ZimTrade Exporters Conference comes at a time when we are accelerating reforms to revitalise, modernise & industrialise our economy. Let government, industry & commerce continue to work together as we stride towards our shared vision of a better & more prosperous Zimbabwe pic.twitter.com/x9kyrE0onW

Earlier this week, Ncube forecast that Zimbabwe’s economy would grow by 6.3 percent this year, driven mainly by agriculture and mining in a bid to boost growth after the fall of Mugabe.

The minister pledged to implement key reforms to cut expenditure, improve income, tackle corruption and privatise some state enterprises to turn Zimbabwe into a middle-income economy by 2030.

In recent weeks, the country has been running out of essential medical drugs and supplies of fuel have dwindled because importers are unable to secure foreign currency to replenish stocks.