Private use of marijuana not a criminal offense - South Africa ConCourt

The constitutional court in South Africa on Tuesday delivered a judgment that private use of marijuana, locally referred to as dagga, is not a criminal offence.

“The right to privacy is not confined to a home or private dwelling. It will not be a criminal offence for an adult person to use or be in possession of cannabis in private space,” deputy chief justice Raymond Zondo said on Tuesday.

Every year, thousands of South Africans march on the streets of Cape Town demanding a relaxation of drugs laws to allow medicinal and recreational use of cannabis.

More often than not, marchers are seen smoking the substance in a backdrop of reggae music, while waving red, green and gold flags.

In 2014, a South African opposition lawmaker Mario Oriani-Ambrosini submitted a draft legislation calling for the legalisation of marijuana but died soon after.

Activists have long held that a change in legislation can change the lives and improve the health of many. The protest is one of a series of marches around the world in support of the Global Cannabis Campaign.

Use of cannabis and medicinal marijuana is gaining popularity in some parts of the world to ease suffering from cancer, glaucoma, HIV and AIDS, and other serious conditions. 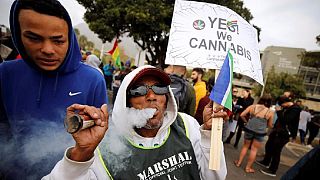 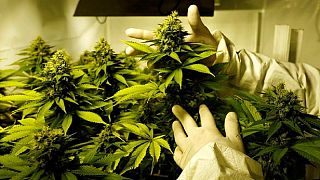 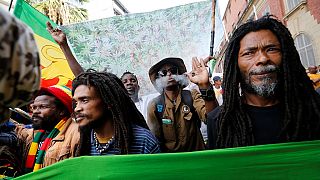