Opposition political parties in Ethiopia have condemned the recent violence that erupted in the capital Addis Ababa and the Oromia town of Burayu, leaving several people dead.

Police on Monday said at least 23 people were killed in a weekend of violence targeting minorities in the ethnic Oromo heartland near Ethiopia’s capital Addis Ababa.

State-affiliated Fana Broadcasting said so far police had detained 200 people over the violence.

Mobs of ethnic Oromo youth then marched here in Ashwa Meda and attacked our homes and looted businesses chanting ‘leave our land’.

The violence escalated on Saturday, the day of a rally marking the return to Ethiopia of leaders of the exiled Oromo Liberation Front (OLF), which had waged a four-decade insurgency for self-determination for Ethiopia’s largest ethnic group.

‘‘The situation is very worrying and should be stopped,’‘ they said.

The parties urged the youth to refrain from being used by forces fighting ongoing political reforms, championed by the prime minister, Abiy Ahmed.

They also called on the government to strengthen its capacity to prevent conflicts and administer justices.

According to Megerssa, 300 households have been returned to their homes.

Efforts to placate the tensions in the Oromia region are ongoing.

Update, as per habtamu4seyoum, these pics show elders & community members of the #Gamo ethnic group, one of the ethnic groups attacked in #Burayu, intervening to prevent angry youth in #ArbaMinch who wanted to attack shops owned by #Oromo business people. Pic: Dawit Wasihun pic.twitter.com/gyhBUqKM2H

In the latest unrest, local residents said shops were looted and people attacked by mobs of Oromo youth who stormed through streets targeting businesses and homes of ethnic minorities on Saturday after two days of sporadic attacks in the Oromiya region’s Burayu district northwest of Addis Ababa.

“Mobs of ethnic Oromo youth then marched here in Ashwa Meda and attacked our homes and looted businesses chanting ‘leave our land’,” said Hassan Ibrahim, a trader in an ethnically diverse part of the district told Reuters.

The violence threatens to weaken reformist Abiy’s efforts at reconciliation.

Abiy, himself the first Oromo leader in the ethnically diverse country’s modern history, has pursued a reconciliation strategy since taking power in April, steering the state away from a hardline security policy in place for decades. 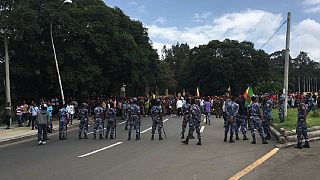 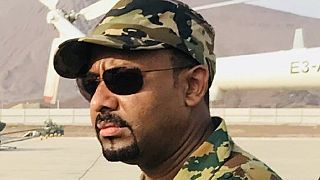 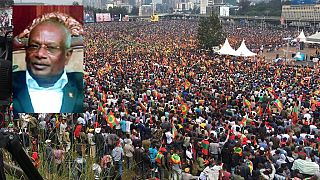