Mauritius pleads for sovereignty of Chagos Islands at World Court 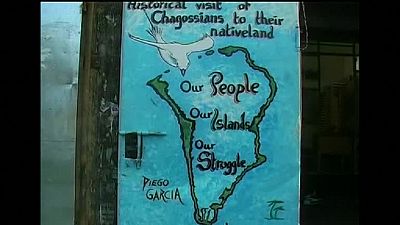 Judges at the International Court of Justice started hearing on Monday, a case brought by Mauritius which says its was illegally stripped by Britain of another Indian Ocean archipelago, the Chagos Islands, now home to a major U.S. air base.

The case is a test of whether colonial-era deals struck by great powers and small states that later gained independence are legitimate, given the power imbalance.

The Chagos are at the heart of a five-decade dispute, since the British decision to separate Mauritius from the archipelago in 1965 in exchange for independence.

What we are asking for our right to live on our island as sons of the soil.

The United States has leased the Chagos Islands’ biggest island, Diego Garcia, since 1966 and has built an air base there, while the entire population of around 1,500 people was forced to leave.

In June 2017, the United Nations decided by a vote to ask the court based in The Hague to decide on the future of the Chagos Islands.

Although ICJ opinions are not binding, they carry weight under international law.

The case was argued by elder statesman Anerood Jugnauth, 88, who served for nearly 30 years during four stints as prime minister or president of Mauritius from 1982-2017, and now holds the post of “minister mentor” in a cabinet led by his son.

Lysebie Elysée, a Chagossian uprooted from her island when she was 20 years old, also made an emotional speech.

Olivier Bancoult, the leader of the “Chagos Refugees Group” believes the judges will rule in favor of Chagossians.

“What we are asking for our right to live on our island as sons of the soil,’‘ Bancoult said.

In England, Sylvia-Edourd Gundowry, an academic engaged in research with the Chagossian community, says there are divergent opinions among the Chagossians in Crawley, a suburb of London.

“Most doubt that the approach of the Mauritian government is taken in the interest of the Chagossian community,” says Gundowry.

In Mauritius, everyone in their own way is supporting them. Artist Guilliano Meyépa launched the song “Sagosien” this weekend because he said it is a major event for the Republic of Mauritius.

UK solicitor general Robert Buckland told the court it should decline to issue any opinion on the matter, which he argued was better suited to bilateral negotiations.

Buckland accepted that the removal of the Chagossians and their treatment thereafter “was shameful and wrong”, but said it had already been resolved in a 1982 agreement on compensation.

“The way they were treated thereafter was shameful and wrong and (Britain) deeply regrets that fact,” he told ICJ judges.

More than 20 interested parties, including the African Union, have asked to take part in the hearings. No date has been set for a decision.