It is official! Democratic Republic of Congo’s opposition leader Jean Pierre Bemba will not be a candidate in the December 23 presidential poll, after the country’s highest court validated the rejection of his candidacy by the electoral commission.

In a judgment broadcast on national television, the constitutional court said the election commission had rightly invalidated Bemba’s candidacy last month, finding that witness tampering is a form of corruption as stipulated in the electoral law.

Bemba, a popular former vice president, tipped as one of the leading candidates to replace outgoing President Joseph Kabila, has a pending witness tampering conviction at the International Criminal Court.

His exclusion from the race could spark a violent reaction by his supporters.

His defeat to Kabila in the 2006 election touched off deadly clashes in the capital Kinshasa between his supporters and state troops. He then spent a decade in prison in The Hague before his war crimes convictions for murders and rapes committed by his militia in Central African Republic were quashed in May.

The Dec. 23 election is due to usher in Congo’s first democratic transition of power after Kabila agreed last month to respect constitutional term limits and step aside in favour of close loyalist Emmanuel Ramazani Shadary’s candidacy.

“Congo has fallen very low!” the secretary-general of Bemba’s MLC party wrote on Twitter after the judgment.

Kabila’s camp denies that it is improperly trying to influence the election.

Besides Bemba, opposition leader Moise Katumbi was barred from re-entering Congo last month to register his candidacy after two years in exile.

Ramazani did not receive enough votes to be included in the results. 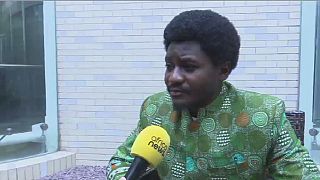