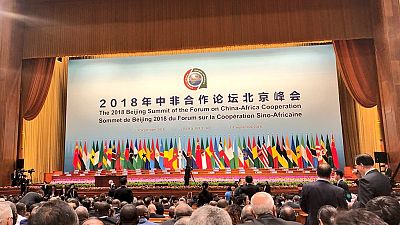 <p>Every African government is represented in the Chinese capital Beijing for the 3rd Forum for China-Africa Cooperation, <span class="caps">FOCAC</span>.</p> <p>The delegations are largely led by Presidents or Prime Ministers who started arriving in China since late last week. Many of them have since held different levels of bilateral talks with officials of the host country.</p> <p>The summit officially kicked off today (September 3) and closes tomorrow. This year’s edition is themed “China and Africa: Toward an Even Stronger Community with a Shared Future through Win-Win Cooperation.” </p> <p>It turns out, however, that a handful of African leaders preferred to remain at home to tackle other affairs at a time that the continent is almost bereft of presidents. </p> <h2 style="font-size:16px;">According to Africanews checks, leaders who opted not to make the Beijing trip are as follows:</h2> <p>1 – John Pombe Magufuli of Tanzania – represented by Prime Minister<br /> 2 – Pierre Nkurunziza of Burundi – represented by Second vice-president<br /> 3 – Joseph Kibenga Kabila – Democratic Republic of Congo – represented by Prime Minister<br /> 4 – Isaias Afwerki of Eritrea – Head of delegation not known<br /> 5 – Abdul Aziz Bouteflika of Algeria – represented by Prime Minister<br /> 6 – King Mswati of eSwatini (formerly Swaziland) – they opted out of the summit because of a diplomatic spat with Beijing over status of Taiwan.</p> <p>The 2018 edition is the third <span class="caps">FOCAC</span> summit, the other two were inaugural 2006 summit in Beijing and the 2015 summit in Johannesburg.</p> <p>Aside African leaders, the chairman of the African Union (AU) commission is also in attendance, as is the United Nations (UN) Secretary-General – attending as an esteemed guest. They will be joined by 27 international and African groups as observers.</p> <p>The interest in the forum is a result of China’s growing influence on the African continent and proves the <span class="caps">FOCAC</span> has been pragmatic and efficient, analysts said.</p> <p>“Established 18 years ago, <span class="caps">FOCAC</span> has led international cooperation with Africa and has become a significant marker of South-South cooperation,” said Li Dan, director of Africa Studies Center of China Foreign Affairs University. <a href="https://twitter.com/AlfaAfrican" class="twitter-follow-button" data-show-count="false">@alfaafrican</a><script async src="//platform.twitter.com/widgets.js" charset="utf-8"></script></p> 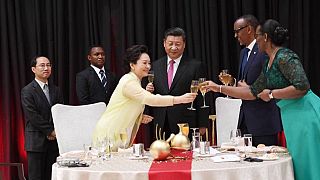