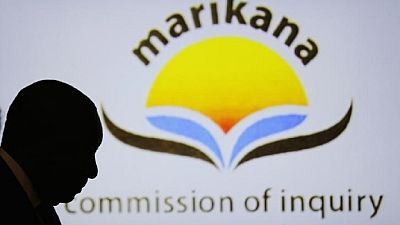 Politics has dominated the commemoration of the 6th anniversary of the Marikana tragedy where police opened fire and killed 34 mineworkers who were involved in a strike to demand better wages.

The total death toll from the violence, the bloodiest security incident in post-apartheid South Africa, was 44 with 10 people killed in clashes leading up to the August 15, 2012 shooting, including two police officers.

As South Africans on social media bemoaned the lack of accountability and remorse by the government six years after the bloody massacre, the ruling African National Congress (ANC) party issued a statement saying they would urgently implement recommendations of the Farlam Commission.

In memory of all the 34 mineworkers who were killed that day, we shall remove the ANC from power.

‘‘There is no doubt about our commitment in ensuring that never again should such a tragedy befall our nation, and no stone will be left unturned in ensuring that measures are in place to achieve this,” the ANC statement reads.

An inquiry into the deadly violence led by retired judge Ian Farlam blamed the Lonmin mining company, police and unions for the “horrendous tragedy”.

The commission among others recommended that:

While six police officers have since been charged with murder and attempted murder in connection with the Marikana massacre, they were granted bail in March this year.

‘’…in memory of all the 34 mineworkers who were killed that day, we shall remove the ANC from power,’‘ read part of the EFF statement.

Ramaphosa who was a non-executive director at Lonmin during negotiations to halt the strike that led to the killings, was absolved of any responsibility and guilt by the Farlam Commission.

The president has however pledged to play a role in the healing process for the Marikana victims.

On social media, several South Africans expressed their disappointment with the delayed justice for the victims of the Marikana massacre.

All the politicians involved in the #MarikanaMassacre have been promoted. The victims still haven’t been compensated. Six years on, no one has been held accountable, nor has there been an official apology. We can’t rest until there’s justice for #Marikana.

Dear defenders of state engineered #MarikanaMassacre can it be that you really have forgotten that some workers were arrested and trialed for the killing of up to 10 other workers in the run up the 16 August mass murder,or is it self induced amnesia for political convenience?

#MarikanaMassacre all they wanted was R12000 to better their lives and their family lives, in a democratic South Africa but they were killed for wanting to live a decent life. We will never forget pic.twitter.com/8dUTrzJzHZ

It was documented that some n'angas told protesters that they had become bullet proof. Still many unanswered questions but I strongly feel religion has to be regulated, those that mislead people have to be held to account. #MarikanaMassacre pic.twitter.com/WedTGra9Mi

The miners were boxed in then shot from behind with one point of exit. They were not charging at the police! Remembering #MarikanaMassacre pic.twitter.com/w1shDAeDbH