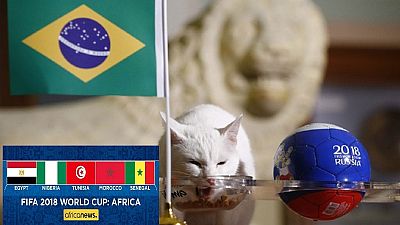 And Aleksandar Mitrovic opens the scoring for Serbia in the 5th minute.

The match kicks off at Kaliningrad Stadium.

Up next is the Group E clash between Switzerland and Serbia.

Neymar is a very skilled player and it’s true that people have tried to stop him a little aggressively.

Both of these teams will be hoping to get more positive results after lowly ranked Serbia beat Costa Rica in the opening game to go top of Group E, while Switzerland earned a positive point against Brazil.

The Swiss are unbeaten in their last six matches, including draws with two of the heavy favourites, Brazil and Spain, while the Serbs have an attacking reputation having scored in every qualifier, averaging two goals per game.

Nigeria wins, and is now back in contention for qualification. So is Argentina, who were beaten 3-0 by Croatia on Thursday.

#CRO are guaranteed to be Group D winners, but who will join them?

A massive win for #NGA means it is all to play for! #NGAISL pic.twitter.com/Fdlqqfsl4v

Final round of fixtures:#NGA vs #ARG #ISL vs #CRO #WorldCup pic.twitter.com/vtf4k3h56S

Musa doubles the lead with a brilliant solo effort.

Nigeria takes the lead through Ahmed Musa in the 49th minute.

The match is underway at the Volgograd Arena.

We now quickly switch back to Group D where Nigeria will be playing to avoid premature elimination.

Nigeria’s Super Eagles will be playing to avoid a premature elimination from the tournament after they lost their opening game 0-2 to Croatia. A second consecutive defeat would see them join fellow African sides Egypt and Morocco who will be going back home after the group stages.

Nigeria coach Gernot Rohr is confident his side will not lose against an impressive Iceland team that held Lionel Messi’s Argentina in the first game.

Asked if he might lose his job, should Nigeria lose, Rohr said this:

Iceland, who are appearing in their first World Cup after a run to the quarter-finals in Euro 2016 which included a knockout win over England, will be looking to keep up their impressive discipline and teamwork to overcome Nigeria.

And after a frustrating night for Neymar Jr, the world’s most expensive player scores in the 7th minute of stoppage time to double the lead.

It's the late, late show in Saint Petersburg, but it is a victory for Brazil!#BRACRC pic.twitter.com/EUt8Sc1FOa

Coutinho scores for Brazil in stoppage time to save Brazil an embarrassing stalemate.

A penalty decision is overturned by the video assistant referee (VAR), after Neymar was thought to have been fouled in the penalty box.

At half-time, Brazil has had the lion’s share of possession but have nothing to show for it. It’s still goalless here against a typically defensive Costa Rica.

Not too much to report on so far, to be honest. A tight affair at the Saint Petersburg Stadium. #BRACRC pic.twitter.com/yy6eBH20ud

The match kicks off here, Brazil wearing the blue away kit against a Costa Rica side wearing all-white kits.

In less than 20 minutes, the match between football giants Brazil and the Central American nation of Costa Rica will kick of at the Saint Petersburg Stadium.

The teams are in for the first match of the day! #WorldCup pic.twitter.com/OwQiIh2PY0

In Group E, all eyes will be on star studded Brazil who were held to a 1-1 draw by an impressive Switzerland side.

Tite’s men will face the same challenge when they meet a Costa Rica team who pride themselves on a solid backline.

Coach Tite said his side suffered from anxiety during the game, the first time Brazil have not won a World Cup opener since 1978, urging them to keep their heads when they got into shooting positions.

“We need to stay cool when we shoot and be more precise,” he told reporters.

Costa Rica’s coach Oscar Ramirez said on Thursday, he might task two of his players to man mark Neymar, adding that his team would not try to foul him out.

“Neymar is a very skilled player and it’s true that people have tried to stop him a little aggressively,” Ramirez told reporters on the eve of the match. “We have our own strategy and we will see what happens.

“Maybe we will cover him by two men. But of course we don’t want to see any sort of offences against him or any unfair attacks against him. The players know what to do.”

Today’s Group D match between Nigeria and Iceland took on extra significance after Argentina were emphatically beaten 3-0 by Croatia on Thursday.

While the result confirmed qualification to the next round for Croatia, it opened up the group, where all three remaining teams can still join Croatia in the round of 16.

Argentina and Iceland both have one point from their opening game draw, while Nigeria will be playing to get their first point, having lost the opening game to Croatia. 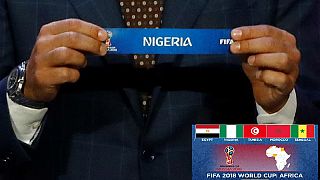