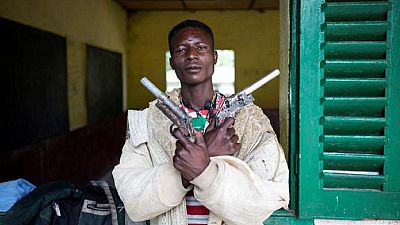 Central African Republic has approved a law creating a special criminal court to investigate allegations of war crimes and crimes against humanity during more than a decade of ethnic and religious conflict, a lawmaker said.

Hundreds have died in the violence and scores more have been raped and tortured but the perpetrators have not faced any meaningful legal pursuit, rights activists say.

“With this law, we will now be able to count on the justice system to put an end to the conflicts, to the killings, to the massacres,” Ernest Mezedio, a national deputy, told Reuters on Wednesday.

With this law, we will now be able to count on the justice system to put an end to the conflicts, to the killings, to the massacres.

“The executioners who walk around freely should know that the hour of justice has sounded,” he said. The country’s parliament approved the law late on Tuesday.

The United Nations’ deputy representative in Central African Republic said on Monday that the tribunal, which will be composed of both national and international judges – would begin formal investigations next week.

Search for solution to reprisals and revenge killings

Rights activists say the court represents the best hope at reversing years of impunity, but concede that the considerable power wielded by potential investigation targets and vast swaths of territory beyond government control pose steep obstacles.

A United Nations report last year said the litany of killings, rapes, mutilation, looting and torture committed by successive governments and armed groups from 2003-2015 may constitute crimes against humanity.