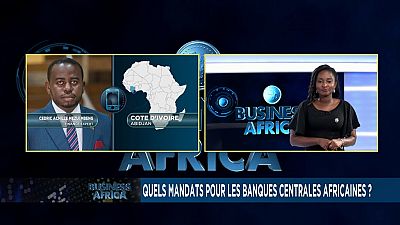 In 2013 for example, Africa was identified as the world’s poorest inhabited continent and the world’s fastest-growing continent at 5.6% a year, and GDP is expected to rise by an average of over 6% a year between 2013 and 2023. But even with such growth, Africa’s entire combined GDP is barely a third of the United States’ GDP.

In actual fact, even though the growth has remained consistent, the financial strength and stability meant to follow such growth has been lacking. In many opinions, this is as a result of the unrevised mandates of the African central banks asides many other factors like the underdevelopment of financial sectors in Africa.

Assets in most low-income African countries are smaller than those held by a single medium-sized bank in an industrial country. The absence of deep, efficient financial markets seriously challenges policymaking, hinders poverty alleviation, and constrains growth.

In addition, many of the African central banks still hold on to mandates that are as obsolete as colonialism, and the need to revise these mandates is pressing.

At the inception of any structured central bank, there is a stipulated mandate that guides the activities of the bank.

The U.S. Federal Reserve System’s (The Fed) mandate, for example, is long-term price stability and sustainable growth. The Bank of England (BoE) on the other hand, asides maintaining monetary and financial stability, is charged to keep prices stable and maintain confidence in the currency. To accomplish this, the central bank has an inflation target of 2%. If prices breach that level, the central bank will look to curb inflation, while a level far below 2% will prompt the central bank to take measures to boost inflation.

Many central banks of successful economies have similar mandate, which become a yardstick for measuring the effectiveness of the central banks.

The mandate of the Central Bank of Nigeria (CBN) for example is derived from the 1958 Act of Parliament, as amended up till 2007. The CBN Act of 2007 of the Federal Republic of Nigeria charges the bank with the overall control and administration of the monetary and financial sector policies of the Federal Government.

The Bank of Ghana is charged with formulating and implementing monetary policy to achieve price stability, contribute to the promotion and maintenance of financial stability, and ensure a sound payment system.

These individual mandates could benefit from a revising of the original mandates to accommodate newer economic realities.