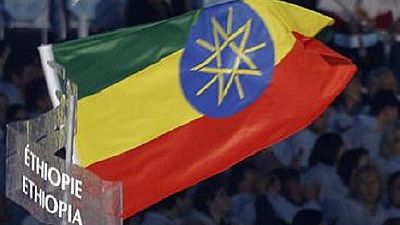 Local media in Ethiopia are reporting the imminent release of recently detained journalists and activists. A total of 19 people were picked up in Bahir Dar, capital of the Amhara regional state on March 26 for flouting orders under a state of emergency.

The arrested party included politicians and journalists who were only recently freed (in February 2018) under a government announced political reform program earlier in January.

They were arrested primarily for an unauthorized gathering and use of a banned national flag. The gathering according to one of the detainees, blogger Befeqadu Hailu, was a welcome party for recently released prisoners.

Among them was Eskinder Nega, an award-winning journalist who had been held since 2011 over charges of terrorism. Others picked up included Andualem Aragie, leader of Ethiopian opposition UDJ party, journalist Temesgen Desalegn and bloggers Befeqadu Hailu and Zelalem Workagegnehu.

Journalists close to the issue have reported as at Wednesday afternoon that the detained party were still being held at the police station. Amnesty International has also in a new release called for their unconditional release.

We have been waiting for their release the whole day, near the police station where they are in. However, they are still in detention.
Free Them All! #Ethiopia https://t.co/Vq7c7dbPku

It is also reported that the gathering used the Ethiopian plain flag, which does not have the blue disc contrary to law.

The country swore in a new Prime Minister Abiy Ahmed from the protest-hit Oromia region. He takes the mantle after the resignation of Hailemariam Desalegn who quit to allow promised reforms to be pursued.