Sierra Leone’s elections body, the National Electoral Commission (NEC) says it is going ahead with preparations for the March 27 presidential runoff whiles the latest legal issues are also sorted.

A March 24 high court order restrained the NEC and its chair from organizing the polls pending hearing of the case coming Monday, but in a swift statement after the order, NEC said: “… while legal proceedings are on-going, the Commission will continue its practical and logistical preparations for the run-off.”

It added: “We call on all people of Sierra Leone to be patient as our institutions carry out their respective duties, in accordance with the Constitution.

In this time of uncertainty, we look forward to the continued support of the Sierra Leone Police and security sector to secure NEC's premises, staff and sensitive election materials.

“In this time of uncertainty, we look forward to the continued support of the Sierra Leone Police and security sector to secure NEC’s premises, staff and sensitive election materials,” the statement signed by NEC chair Mohammed N’fah Alie Conteh concluded.

Official response from NECsalone on the high court injunction putting a hold to run off elections next Tuesday #SierraLeone #votesalone pic.twitter.com/e7JWEfGuYu

One citizen reacting to the court order on Twitter said it was testing the patience of people who had already been stretched by a prolonged process.

“By putting a hold on run off presidential elections, the court is testing the patience of Sierra Leoneans. Most people want the electioneering process over & done with so that they can move on with their lives. Education has been adversely affected. Everything is at a standstill,” Abdul Tejan-Cole wrote. 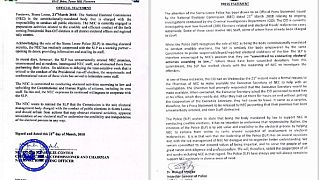 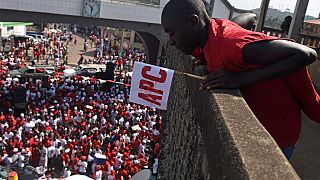 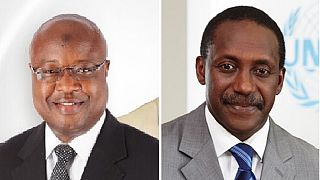