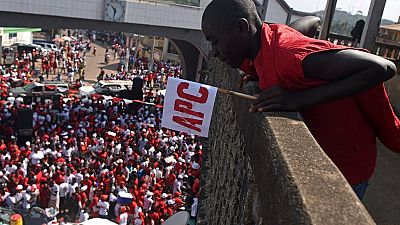 Sierra Leone’s ruling All Peoples Congress party has worn 63 out of 132 parliamentary seats as against 46 seats won by the opposition Sierra Leone Peoples Party thus ensuring a parliamentary majority.

7 remaining seats are yet to be declared by the National Electoral Commission.

In a constituency in the Western region, voters will head to the poll again to elect their MP on March 27 because a candidate’s picture did not appear on the ballots.

The National Electoral Commission has ordered recount of ballots in six constituencies located in the north of the country following allegations of irregularities.