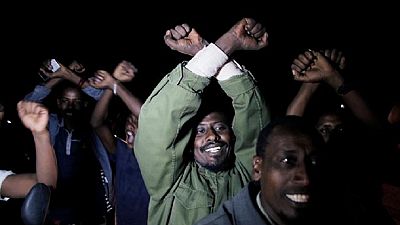 Ethiopia must deal with its home generated security crisis and stop using Eritrea as a smokescreen, this is the view of a former United States Assistant Secretary of State.

Herman Cohen on Monday waded into renewed claims by Ethiopia that neighbouring Eritrea was backing groups aimed at destabilizing the country.

Cohen described the Ethiopian claims as false and averred that the current security crisis in the country was “self-inflicted by a minority kleptocratic regime,” in apparent reference to the Tigray Peoples Liberation Front (TPLF).

Ethiopia is currently under a state of emergency imposed on February 16 this year, a day after Prime Minister Hailemariam Desalegn resigned his position to allow for political reforms.

The ruling coalition, the Ethiopian Peoples Revolutionary Democratic Front (EPRDF) is set to meet to elect his successor. The country is currently under a Command Post administering the state of emergency.

The latest accusation against Eritrea was by the federal police chief who whiles giving a briefing on the state of emergency late last week, reportedly cited Eritrean involvement in the crisis. The Eritrean Information minister dismissed the claims in an email exchange with Bloomberg.

“The regime is desperately trying to deflect attention from its intractable domestic crisis — of its own making — and find external scapegoats,” Yemane Ghebre Meskel said describing the claims as false and one that did not merit a serious response.

The ex-ambassador has been a regular commentator on African politics and has previously spoken about the Ethiopian situation.

“In Ethiopia, instead of an all-parties reconciliation conference, I fear a Middle East type military dictatorship takeover and a zero sum game bloody outcome. USG, do not let it happen,” he said hours after a state of emergency was imposed on February 16.

“While in Addis Ababa, Ethiopia, Secretary Tillerson should have talks with Ethiopian government about their internal political crisis, and should encourage the regime in power not to fear an opening to transparent democracy,” he tweeted on March 3, 2018.