Senegal gov't protests death of its citizen in Spain 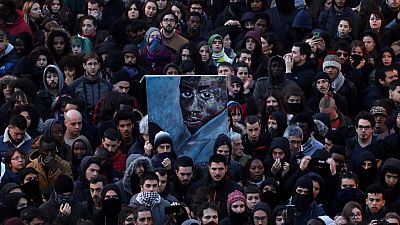 The government of Senegal has officially protested the death of a Hundreds of the street vendor who died on Thursday evening in Madrid.

35-year-old Mame Mbaye Ndiaye suffered a heart attack in the street while running away from police.

That evening protesters threw stones and set dustbins alight in Madrid’s Lavapies neighborhood, home to many migrant communities and near the place where Ndiaye died.

Senegalese Foreign minister, Sidiki Kaba told a private radio, KFM, that the Spanish ambassador to Dakar was summoned and tasked to explain the circumstances surrounding the death of Ndiaye.

“The Government of Senegal condemns the violence that led to the death of the Senegalese,’‘ Kaba said.

Kaba says the government has request an independent commission of inquiry into Ndiaye’s death.

Friday’s gathering in a square in Lavapies passed without violence. Protesters held signs reading slogans such as “Enough of police harassment” and chanted “Police murderers”.

Madrid’s Mayor Manuela Carmena has said the council would investigate the incident.

At a news conference on Friday, a spokeswoman for the council said municipal police did not chase Ndiaye as reported by some of the protesters.

A police van was flagged down by Ndiaye’s companion and two officers tried to revive him while calling an ambulance but he died, the town hall said in a statement.

Twenty people were injured during clashes with police on Thursday evening, the town hall said.

Illegal street sellers, many of them African migrants, are a common sight in Madrid and other Spanish cities. Hawking anything from watches to handbags, they often lay out their wares on blankets which can be quickly gathered up and stowed away to avoid police scrutiny.