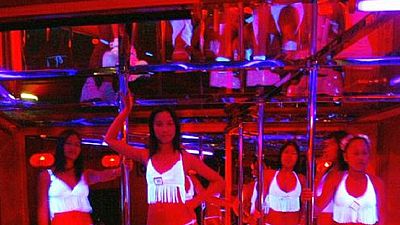 The Gambian government has officially apologized to the Thai government over sex tourism comments made by its its Tourism and Culture Minister, Hamat Bah.

Gambia’s Foreign Affairs and International Cooperation Ministry in a statement issued on Monday March 5, described Bah’s comments as “unfortunate,” stressing that Gambia cherished the cordial relations between both countries.

“The Ministry of Foreign Affairs would like to express its heartfelt apologies to the Government of the Kingdom of Thailand and extends assurances that measures will be put in place to prevent the re-occurrence of such an unfortunate incidence.

“The Ministry extends its profound assurances to the Government of Thailand that the remarks of the Minister are not to be construed as a reflection of the Government’s view on the Tourism Sector of Thailand,” the statement read.

Bah in a January 2018 interview on a local channel suggested that sex tourists should head to Thailand because Gambia, as a religious nation would not welcome them.

The comments sparked a diplomatic row leading the Thai government to officially lodge a protest. A foreign affairs spokeswoman, Makawadee Sumitmor confirmed last week that Thai diplomats in Senegal, who had jurisdiction for The Gambia filed the letter of displeasure whiles a similar letter was sent to the Gambian embassy in Malaysia, which also serves Thailand.

Though the comments were made two months ago, it resurfaced after an online new agency republished it attracting the attention of Thai authorities after it went viral on the country’s social media space.