Uganda's ADF rebels behind attacks on UN soldiers in Congo 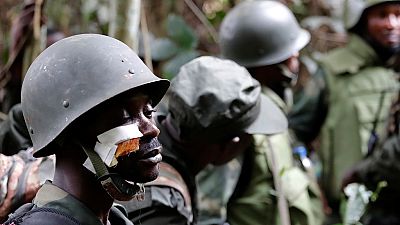 <p>A Congo-based Ugandan rebel group is to blame for three attacks on United Nations peacekeepers, including one in December that killed 15 Tanzanian troops, the United Nations said on Friday.</p> <p>The Dec. 8 attack, which also killed five Congolese soldiers and wounded another 53 peacekeepers, on a U.N. base in the Democratic Republic of Congo’s troubled eastern borderlands came amid a rising wave of violence in the mineral-rich area.</p> <p>A special U.N. inquiry also looked at two other attacks on Tanzanian peacekeepers, on Sept. 16 and Oct. 7, 2017.</p> <p>The investigation concluded “the three attacks against the U.N. peacekeepers were carried out using a similar modus operandi and that all available evidence points to the <span class="caps">ADF</span> as the attacker,” the United Nations said in a statement.</p> <p>The U.N. peacekeeping mission, known as <span class="caps">MONUSCO</span>, is still searching for one peacekeeper missing after the Dec. 8 attack.</p> <p>The <span class="caps">ADF</span> has operated inside Congo since the 1990s. Congolese and U.N. troops have conducted repeated offensives against it, but the group always managed to bounce back. It is considered one of the most lethal of Congo’s dozens of armed bands.</p> <p>The U.N. investigation“found a number of gaps in the training and posture of <span class="caps">MONUSCO</span>.”</p> <p>“The mission did not have an actionable contingency plan to reinforce and extract its peacekeepers,” the U.N. said. “Issues of command-and-control, leadership and lack of essential enablers such as aviation, engineers and intelligence were also major obstacles and need to be addressed urgently.”</p> <p>Congo and Uganda launched an offensive against the <span class="caps">ADF</span> in January that the United Nations warned last month could force nearly 370,000 people from their homes.</p> <p><strong><em><span class="caps">REUTERS</span></em></strong></p>

The mission did not have an actionable contingency plan to reinforce and extract its peacekeepers.