<p>Joshua Osih, a 49-year-old lawmaker has been elected as flagbearer of Cameroon’s main opposition Social Democratic Front (<span class="caps">SDF</span>). An native of the country’s southwest region, Osih is an aviation expert.</p> <p>He was the overwhelming choice of delegates at the <span class="caps">SDF</span> congress polling 1,021 votes representing 88.4% as against 134 votes (12%) polled by his closest challenger, Forbi Nchinda.</p> <p>He, however, remains deputy chairperson of the party which is still led by Ni John Fru Ndi, 77, founder of the <span class="caps">SDF</span>.</p> <blockquote class="twitter-tweet" data-lang="en"><p lang="en" dir="ltr">Joshua Osih, 49 becomes the Presidential candidate for the <a href="https://twitter.com/hashtag/SDF?src=hash&ref_src=twsrc%5Etfw">#SDF</a> party. He was elected during the <span class="caps">SDF</span> Convention in <a href="https://twitter.com/hashtag/Bamenda?src=hash&ref_src=twsrc%5Etfw">#Bamenda</a> <a href="https://t.co/ZGxBhZ5h24">pic.twitter.com/ZGxBhZ5h24</a></p>— <span class="caps">CRTV</span>web (@CRTV_web) <a href="https://twitter.com/CRTV_web/status/967336084391809025?ref_src=twsrc%5Etfw">February 24, 2018</a></blockquote> <script async src="https://platform.twitter.com/widgets.js" charset="utf-8"></script> <p>Ndi who was the party’s candidate in the last election said he was leaving the stage for younger politicians at the party’s congress held in capital of the northwest region of Bamenda.</p> <p>“I will not present my candidature for the Presidential election, I want you to chose who is best to be the flag bearer,” Ndii told delegates. </p> <p>Cameroon has a busy electoral year in which they are set to pick senators in late March, 2018. The elections will in effect mark the start of a busy electoral calender as it is set to be followed by council, legislative and presidential elections later this year. </p> <p>The respective dates are yet to be determined by the President. President Biya, 85, is expected to seek a mandate extension after over three decades in charge of the Central African country. </p> <p>His regime has faced secession threats in the predominantly Anglophone regions – northwest and southwest.</p> <a href="https://twitter.com/AlfaAllahguide" class="twitter-follow-button" data-show-count="false">@AlfaAllahguide</a><script async src="//platform.twitter.com/widgets.js" charset="utf-8"></script> 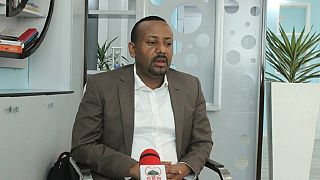 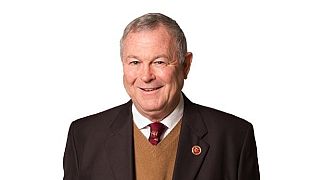 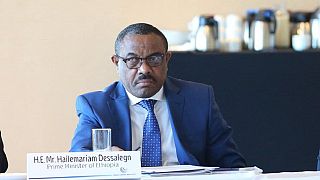