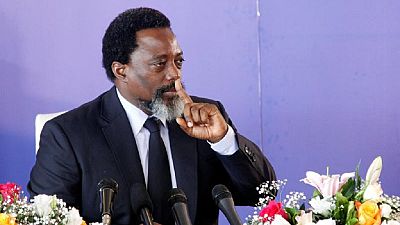 <p>President of the Democratic Republic of Congo (<span class="caps">DRC</span>) Joseph Kabila will not contest in elections when they are next held, the information minister Lambert Mende has told the <a href="https://www.voanews.com/a/drc-spokesperson-says-kabila-will-name-a-successor-candidate-by-july/4234439.html" target="_blank"> Voice of America channel.</a></p> <p>According to him, Kabila intends to respect the consitution of the country and to hand over power after the December 2018 elections.</p> <p>The Minister also disclosed that the president will in July this year announce his preferred successor for the elections. Kabila came to power in 2001 after the assassination of his father Laurent Kabila.</p> <p>He has since won the last two elections organised in the resource – rich country, first in 2006 before his reelection for a final term in 2011. He was expected to step down in 2016 but failed to do so with the reason that the prevailing conditions were not suitable for an election.</p> <p>The government pointed to the lack of a credible voters register and a insecurity in parts of the country where rebel groups continue to carry out attacks. The international community has pressed for elections to be held and for Kabila to step down.</p> <p>A series of opposition protests have been clamped down by the police. The most recent being a peaceful march by the Catholic Church. Police fired tear gas as protesters holding green leaves and arrested a number of priests and portesters.</p> <p>Congo is Africa’s largest copper producer but ranks very low on the U.N. Human Development Index. Congo has not experienced a peaceful transition of power since independence in 1960. Dozens have been killed in anti-Kabila demonstrations in the capital, Kinshasa and other parts of the country.</p> <p>Kabila’s two main opponents are Felix Tshisekedi who leads the main opposition party – taking over the reigns from his late father Etienne Tshisekedi who died whiles seeking medical attention in Belgium in 2017.</p> <p>The other opponent is a former ally and governor of the country’s Katanga Province Moise Katumbi. The owner of TP Mazembe football club is also in self-imposed exiled after a number of corruption charges were thrown at him. He promised to return in December 2017 but failed to do so.</p> 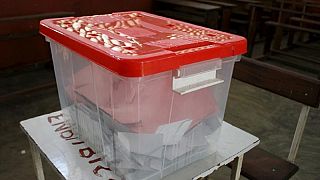 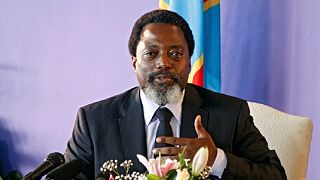 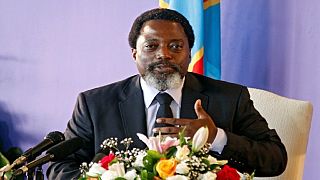