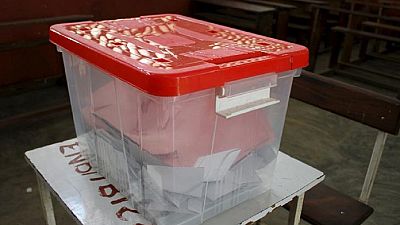 The election is scheduled to happen at the end of December this year.

Repeated stalling of the election has raised tensions across the Democratic Republic of Congo, triggering street protests and encouraging armed rebellions, especially since Kabila refused to step down when his mandate expired at the end of 2016.

CENI is working to ensure the elections happen on December 23.

Scores have been killed by security forces at protests in the capital Kinshasa, including several in demonstrations organised by the Roman Catholic Church since the end of last year to demand that Kabila renounces his grip on power.

Only the Congolese diaspora was left, and registration for them would start in July, he said.

“CENI is working to ensure the elections happen on December 23,” he said.

Kabila, who has been in power since his father was shot dead in office in 2001, denies clinging to power and has blamed the schedule slipping on problems registering voters in the vast, heavily forested country.

Completing registration is a major step towards the election going ahead, although it is unclear to what extent this will soothe tensions among a sceptical populace.

Kabila’s opponents suspect him of seeking a referendum to change Congo’s constitution to enable him to run for more than two terms, as the leaders of neighbouring Uganda, Rwanda and Republic of Congo have done.

In a press conference on Friday, Kabila declined to confirm or deny this.