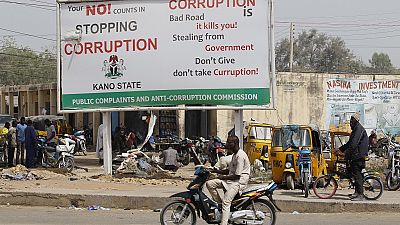 <p>The judge in charge of handling corruption cases against public officials in Nigeria has himself been accused of corruption, according to documents presented to the court. </p> <p>Danladi Umar was accused by the Nigerian anti-corruption agency, the Economic and Financial Crimes Commission (<span class="caps">EFCC</span>), of having demanded 10 million naira ($ 22,300, $ 27,800) from a suspect “for further relationship with a pending case “, according to documents chanced upon on Saturday by <span class="caps">AFP</span>.</p> <p>The judge also received in 2012, through his assistant, 1.8 million naira from the same suspect “in relation to the case he was treating”, according to the same source.</p> <p>Judge Umar, who chairs the country’s Code of Conduct Court, a special court to hear cases of misrepresentation of assets and income, had acquitted Senate President Bukola Saraki last year, accused of corruption he was governor of Kwara State, from 2003 to 2011.</p> <p>The suspicions against Judge Umar surfaced during the proceedings and intensified during the acquittal of Mr. Saraki in June 2017. The <span class="caps">EFCC</span> appealed the judgment and a new trial is scheduled for three of the eighteen heads who faced initial charges.</p> <p>The case of Mr. Saraki, the third person in the state, is one of the most prominent of the anti-corruption campaign launched by President Muhammadu Buhari who came to power in 2015.</p> <ul> <li>* <span class="caps">AFP</span></li> </ul> 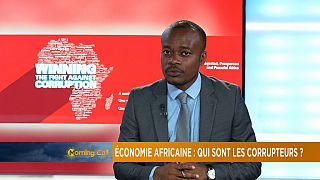 African economy: who are the corruptors?

African economy: who are the corruptors?