Ban on foreign adoption: Ethiopia vows to protect its children 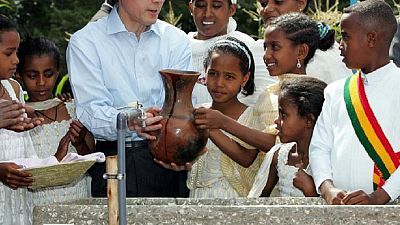 The Ethiopian parliament – House of People’s Representative (HPR) – has approved a law that bans foreign adoption.

The lawmaking chamber held that the law which previously allowed foreign adoptions – articles 193 and 194 of the amended family proclamation No. 213/2000 – had in part facilitated crimes against children.

Chairman of the parliament’s legal and administrative affairs standing committee, Petros Woldesenbet, said the ban would help alleviate the identity and psychological problems of children.

The state-affiliated FBC reported that despite the majority position, dissenting legislators described the move as inappropriate without preparing suitable and adequate child centers.

MPs said it was better for orphaned and other disadvantaged children to be cared for locally in order to avoid abuse from prospective parents allowed to adopt them.

Five years ago, the adoption debate kicked into high gear when a couple were jailed in the United States after an Ethiopian girl, 13, they adopted died under unclear circumstances.

Top U.S. celebrities are known to have adopted Ethiopian children, amongst others: Angelina Jolie and Brad Pitt. Jolie adopted a six-month old girl Zahra back in 2005.

Zahra’s mother in 2007 dispelled news reports that she wanted her daughter back. Mentwabe Dawit, resident in the southern city of Awasa denied that she had ever challenged the adoption and said she was happy her daughter had found a home with the Hollywood star.