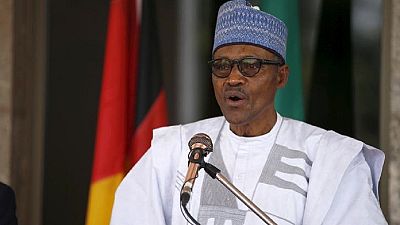 <p><strong>Nigeria’s President Muhammadu Buhari on Monday reiterated his administration’s stance that the Boko Haram terror group has been defeated.</strong></p> <p>The president spoke in his New Year broadcast to Nigerians.</p> <p>“We have since beaten Boko Haram,” he said.</p> <p>The president’s statement appears a continuation of his controversial declaration in December 2015 that the insurgent group has been “technically defeated”. </p> <p>Since Buhari made the statement, hundreds of Nigerians have been killed in suicide attacks, and coordinated attacks on communities in the North-east region.</p> <p>On Monday, the president admitted that there were still “isolated” attacks by the terror group.</p> <p>“Isolated attacks still occur, but even the best-policed countries cannot prevent determined criminals from committing terrible acts of terror as we have seen during the past years in Europe, Asia, Middle East, elsewhere in Africa and in America,” he said.</p> <p>The president’s claims come weeks after governors in the country approved the withdrawal of $1 billion from the country’s excess crude account to fight Boko Haram.</p> <p>The federal government later explained that the money was meant to not only fight the terror group, but also address other security concerns across the country.</p> <p>That planned expenditure has however been criticised, including by Governor Ayo Fayose of Ekiti who questioned how such money would be used to fight a ‘defeated’ group.</p> <p>The army commander leading the fight against Boko Haram was also replaced recently in developments interpreted as a review of the strategy against the Islamist insurgents.</p> <p>The replacement came after ‘embarrassing’ attacks including the kidnapping of members of an oil prospecting team which led to at least 37 people being killed in July, and deadly assaults on the towns of Magumeri, Biu and Madagali.</p> <p>Nigeria is also finalising the <a href="http://www.africanews.com/2017/12/28/nigeria-us-agree-593m-fighter-plane-deal-to-fight-boko-haram/">purchase of 12 Super Tucano A-29 planes and weapons</a> from the United States. The deal worth $593m was approved by U.S. President Donald Trump to ‘support Nigeria’s efforts to fight Boko Haram militants’.</p> <p>On Monday, Mr Buhari said that despite the security challenges being experienced across the country, the law enforcement agencies are working round the clock to secure lives and properties in line with his government campaign promises.</p> <p>“Our government remains determined to protect all Nigerians in line with our election pledge and promises. On behalf of all Nigerians let me offer our thanks to the Armed forces, the Police, other para-military forces and traditional authorities who are working round the clock to ensure that you and I go about our normal business in reasonable safety.</p> <p>The president’s new year address that also addressed restructuring, rampant kidnap incidents in the country and corruption was roundly criticised by Nigeria’s opposition leaders who described it as ‘depressing’ and ‘embarrassing’.</p>

We have since beaten Boko Haram 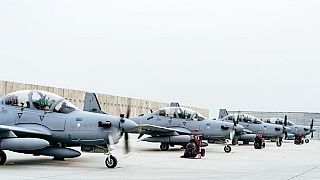 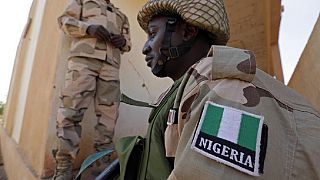 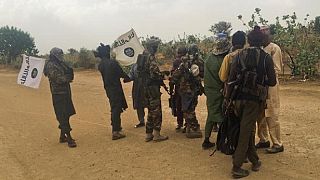