<p><strong>Gunmen killed at least nine people including three police in an attack on a Coptic Christian church in Helwan city, southern Cairo on Friday.</strong></p> <p>The two attackers opened fire at the entrance to the church of Mar Mina in Helwan district, which was being guarded by police in the run-up to Orthodox Christmas celebrations next week, security sources said.</p> <p>One attacker was shot dead by security forces, the sources and the state-run news agency <span class="caps">MENA</span> reported. State television said the second had been captured.</p> <p>Islamist militants have claimed several attacks on Egypt’s large Christian minority in recent years, including two bomb attacks on Palm Sunday in April and a blast at Cairo’s largest Coptic cathedral last December that killed 28 people.</p> <p>The Health Ministry said that nine people had been killed on Friday in addition to the gunman, and five wounded, including two women in serious condition.</p> <p>Local media said the dead attacker had been wearing an explosive belt, and that two other bombs had been defused near the church.</p> <p>Sirens were heard in central Cairo immediately after the incident.</p> <p>Police have stepped up security measures around churches ahead of the Coptic Christmas celebrations on Jan. 7, deploying officers outside Christian places of worship and setting up metal detectors at some of the bigger churches.</p> <p>In the wake of Friday’s attacks, President Abdul Fattah al-Sisi offered condolences to family members and vowed to continue “cleansing the country of terrorism and extremism”.</p> <p>The Grand Imam of Al-Azhar Ahmed al-Tayyeb strongly condemned the attacks, saying they are only aimed at disrupting the harmony and unity of the nation.</p> <p>“[I] call on all Egyptians to confront this malignant plot against our nation and to emphasize on such spirit through the participation of Muslims in celebrating the birth of Jesus Christ with their Christian brothers,” he said, as quoted by local media portal Egypt Today.</p> <p>Egypt’s Copts have in the past accused the authorities of making only token gestures to protect them and these incidents will not help calm tensions.</p> <p>Egypt is a Muslim-majority country and its Christian minority – mostly members of the Coptic Orthodox Church – make up around 10% of the population.</p> 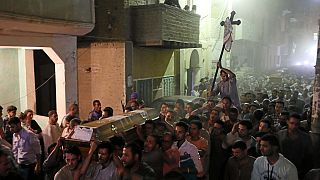 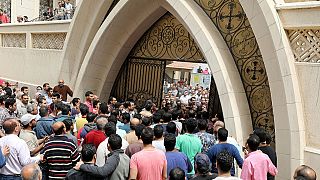 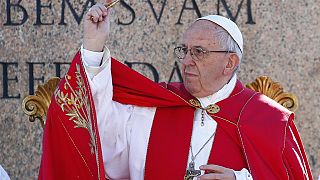