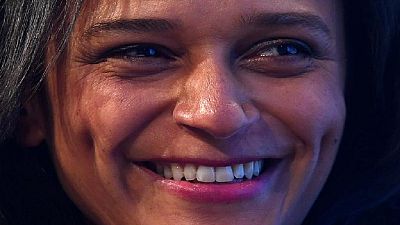 The story was largely carried by other major news networks but Ms. Dos Santos in a tweet referred to CNN as a ‘fake news’ outlet – a term United States Donald Trump has increasing used for CNN and other media outlets over their reportage.

“Fake News CNN. There is NO corruption probe! Totally False allegation by @cnnbrk (CNN Breaking News), get your facts right,” her tweet read.

Then on Friday, she tweeted a video clip in which the CNN’s business news anchor, Richard Quest quotes a statement from Isabel to CNN denying the fraud probe. “The news reporting an alleged investigation or probe on Ms. Isabel dos Santos conduct as CEO of Sonangol is completely false.

“The public prosecution service of Angola has informed that it has not received asny criminal complaint against Ms. Isabel dos Santos, and that there are legal procedures of any kind, on any matter against the businesswoman.”

She was until last month head of the state oil firm until new president Joao Lourenco who took over as president from Isabel’s father replaced her. Her appointment to the post was challenged in court at the time but the court ruled that it was valid.

richardquest thanks CNN for rectifying the story! And publishing our statement #BeliveinAfrica