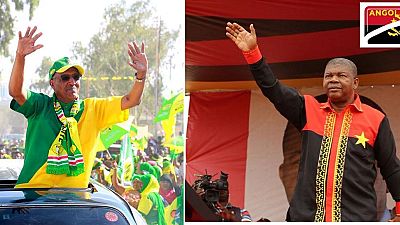 A major news source on the continent year in and out are elections – especially the presidential polls. 2017 was no different with as many as four elections taking place.

With the exception of the Liberian situation which awaits a run-off, the three others have been concluded and winners sworn in. It turned out to be a good year for incumbents as they managed to renew their mandates – in the case of Rwanda and Kenya.

Over in Angola, the presidency got a new face as long-serving Eduardo dos Santos finally resigned his post but the ruling MPLA won the polls with ex-Defense minister Joao Lourenco taking over the reigns from dos Santos.

I am pleased to announce that the 2017 presidential runoff elections will be conducted on Tuesday, December 26, 2017

In part two of this review, we look at the Angolan and Liberian elections, both of which were set to produce fresh presidential material.

The end of an era

In 2016, long serving Angolan president Jose Eduardo Dos Santos announced that he would not seek another term in office.

The surprise move meant that the 37-year reign of one of Africa’s longest serving presidents would come to an end in 2017.

The race to replace Dos Santos kicked off in earnest as euphoric Angolans prepared to usher in fresh leadership in the August 23 polls.

Dos Santos who chose to remain as party president of Angola’s ruling Popular Movement for the Liberation of Angola (MPLA) endorsed his former defence minister and fellow veteran in the struggle for Angola’s independence from the Portuguese, Joao Manuel Goncalves Lourenco. 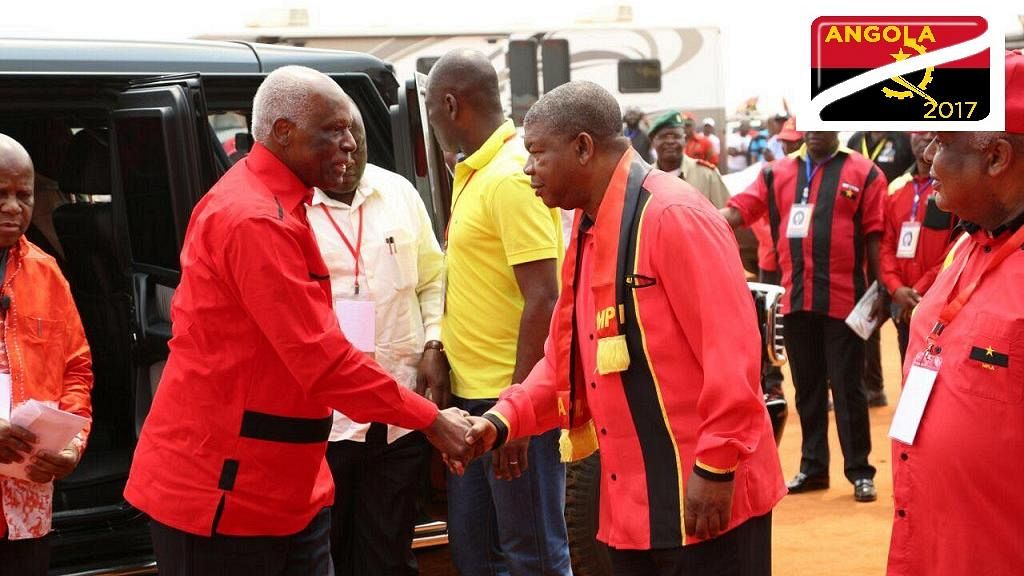 Running against Lourenco were five other candidates from the opposition including Isias Henrique Ngola Samakuva of UNITA, Abel Epalanga Chivukuvuku of the CASA-CE, Lucas Benghim Gonda of FNLA, Benedito Daniel of the PRS and Quintino Antonio Moreira of the APN.

As a general election, voters were also to pick candidates for the senate.

On August 23 poll, voters lined up to vote in a new president and by extension pick lawmakers.
International observers commended the country’s electoral commission for organising elections that were largely incident free. The voter turnout was 76.83%, a marked improvement from the last elections in 2012 which saw a turnout of 62.77%.

The electoral body on August 25 announced that Joao Laurenco of the ruling MPLA party had won the presidential election with 61.07% of the votes cast and that the ruling party had also secured 150 of the 220 senate seats.

The opposition protested the vote outcome saying the results announced did not tally with their own count and that the vote counting process had flouted electoral laws. International observers issued positive assessments of the electoral campaign and the voting process but were silent on events that took place after the polls closed on August 23.

The ruling MPLA would however insist it had won fairly and squarely to extend its tenure in power that has lasted since the country gained independence in 1975.

President Lourenco is ‘his own man’ 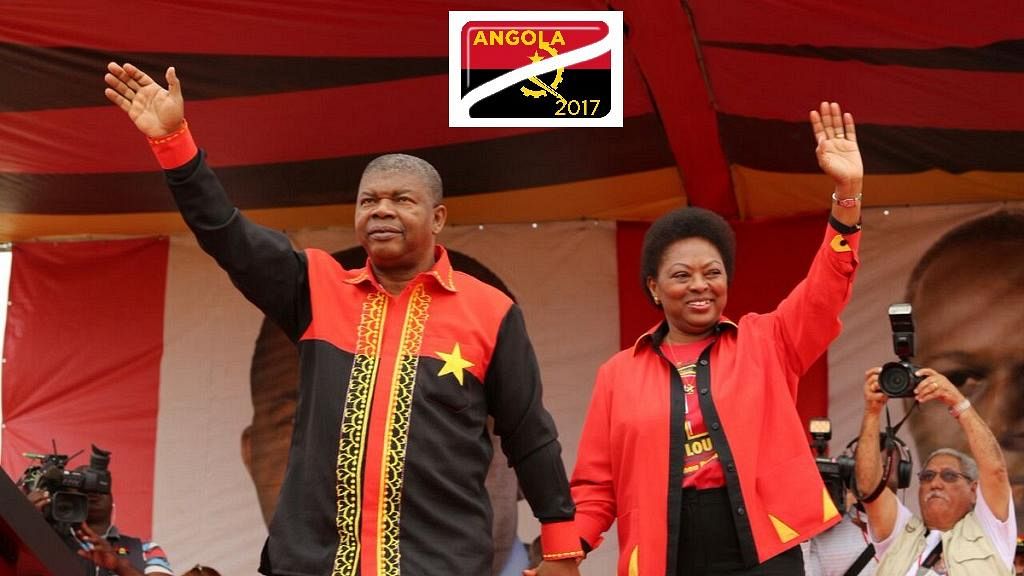 President Lourenco was sworn in on September 26 in the president of dozens of African presidents including President Jacob Zuma of South Africa and outgoing President Dos Santos.

Lourenco who had pledged ecomomic reform through diversification and a revamp of the country’s image through fighting nepotism then embarked on a mission to stamp his authority on a country that had grown accustomed to the Dos Santos years of war, ecoonmic struggle and nepotsim.

In a few months since taking over the presidency, Luarenco has fired over 60 government officials including Dos Santos’ powerful daughter Isabel Dos Santos and her two brothers.[link]

The ruling party and its chairman have endorsed the new president’s decisions to the delight of international observers.

Indeed, Angola is a country that many are watching with cautious optimism that it can forge a new blueprint for peaceful transitions from long, deeply entrenched presidencies. 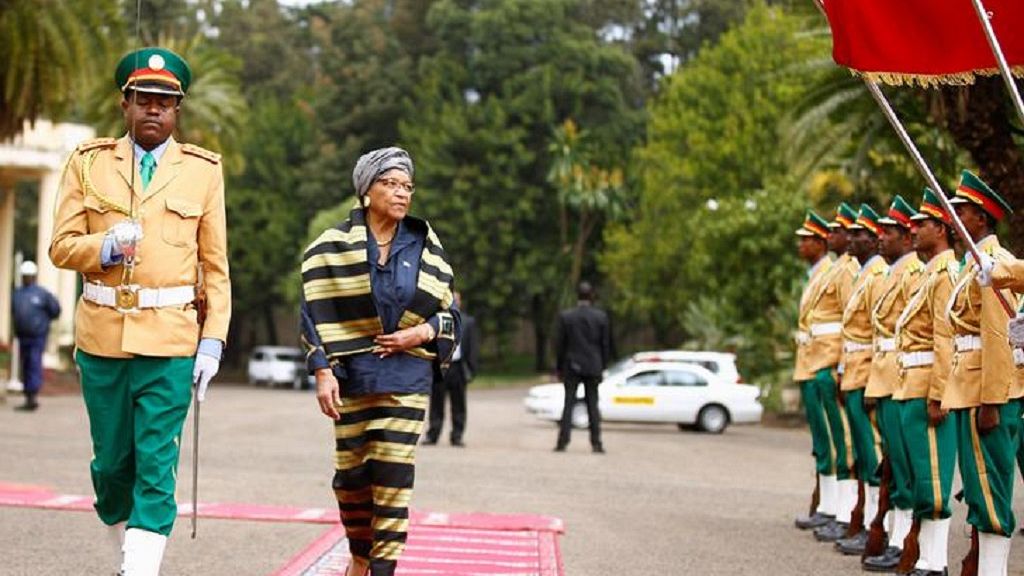 When Ellen Sirleaf Johnson was elected in 2006 as the first female African president in Liberia, the world congratulated Liberia upon this historic step. It was hoped that President Sirleaf would positively change the fortunes of a nation that had been so ravaged by back-to-back civil wars between 1989 and 2003.

While it was hoped that her background as a development economist would help rebuild Liberia’s shattered economy, many poor Liberians say their lives have not changed much since she became president.

After having served the two maximum terms provided for by the constitution, it was time for Sirleaf to step down and several candidates were lined up to replace her.

The most notable candidates included ex-football star George Weah who was contesting the presidency for the second time after running unsuccessfully for the presidency in 2005 and the country’s vice president Joseph Boakai who had been fronted by the ruling party.

Weah and Boakai, the leading contenders in the race promised to improve education and create jobs.
While Weah, running on the Coalition for Democratic Change (CDC) party ticket, was leveraging his status as a star with appeal among the young electorate, Boakai of the Unity Party (UP) campaigned as a natural transition candidate that every Liberian could relate to.

The other candidates in the race included Charles Brumskine of the Liberty Party, MacDella Cooper, a philantropist, Alexander B. Cummings, a business executive, Prince Johnson, a former rebel leader, Joseph Mills Jones, former Governor of the Central Bank of Liberia, Richard Miller, a businessman, Benoni Urey, another businessman, MacDonald A. Wento of the United People’s Party and Jeremiah Whapoe, a businessman.

The October 10 polls were largely incident free and after tallying, George Weah emerged winner of the polls with 38.4% of the vote against his closest rival’s 28.8% garnered by vice president Joseph Boakai.

The country’s constitution requires a candidate wins at least half of the votes cast to be declared president-elect. Therefore, a run-off was necessary to determine Liberia’s next president. 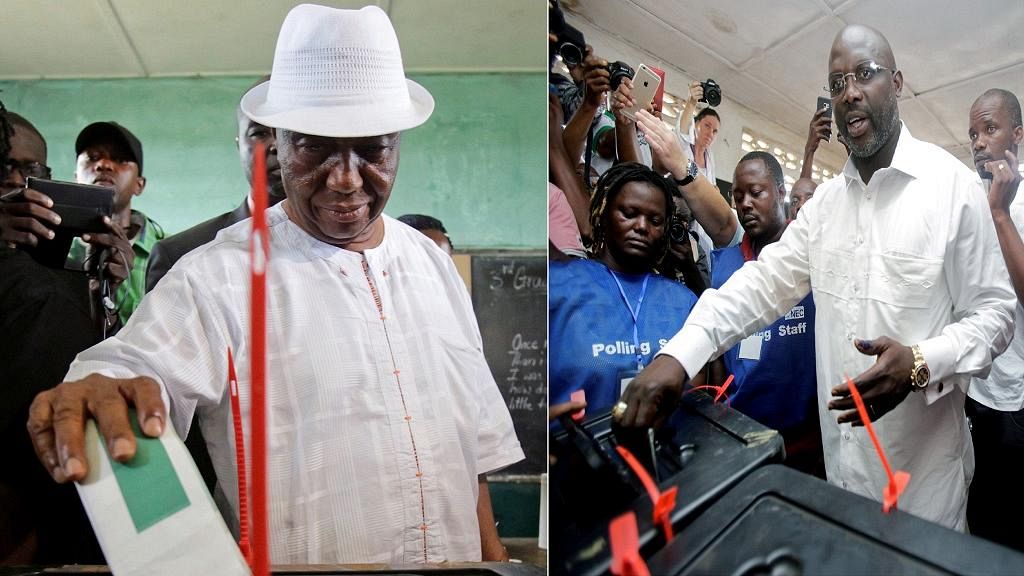 The electoral commission set November 8 as the date for the run off and campaigns restarted in earnest. But these were disrrupted by a court injunction halting the run off process until a petition filed by the 2nd runner up in the October 10 poll, Charles Brumskine, had been heard and determined by the Supreme Court.

Charles Brumskine of the Liberty Party petitioned the court calling for a re-run of the entire presidential poll, arguing that the process had been marred with fraud and electoral malpractices including ballot stuffing and false voter registration cards, which brought into question the validity of the election outcome. These allegations were backed up by second place Boakai.

But the claims were rejected by the National Elections Commission (NEC), which found that the parties of the two candidates had failed to provide “indubitable evidence” that the vote was tainted.
The Supreme Court heard the arguments of the plaintiffs and delivered its verdict on December 7.

In a 4-1 decision, the majority decison read by Justice Philip Banks contended that the petitioner had not provided adequate evidence to support claims of irregularities to an extent that would convince the court to call for a re-run of the election.

The minority judge, Justice Kabineh M. Ja’neh however argued that it was erroneous for his colleagues to disregard the glaring irregularities and evidence f gross irregularities in electoral process leading up to and during the October polls.

The electoral commission has since set December 26 as the date for the re-run that will see the Coalition for Democratic Change’s George Weah face off against Unity Party’s Joseph Boakai.

“I am pleased to announce that the 2017 presidential runoff elections will be conducted on Tuesday, December 26, 2017,” the president of the National Elections Commission (NEC), Jerome Korkoya, said.

Vice President Boakai has since petitioned the Supreme Court seeking an injunction to halt this Dec 26 run-off vote. The petition challenges the credibility of the country’s electoral body to conduct a free and fair election.

It is yet to be established whether the Supreme Court will hear this latest development in the electoral journey. 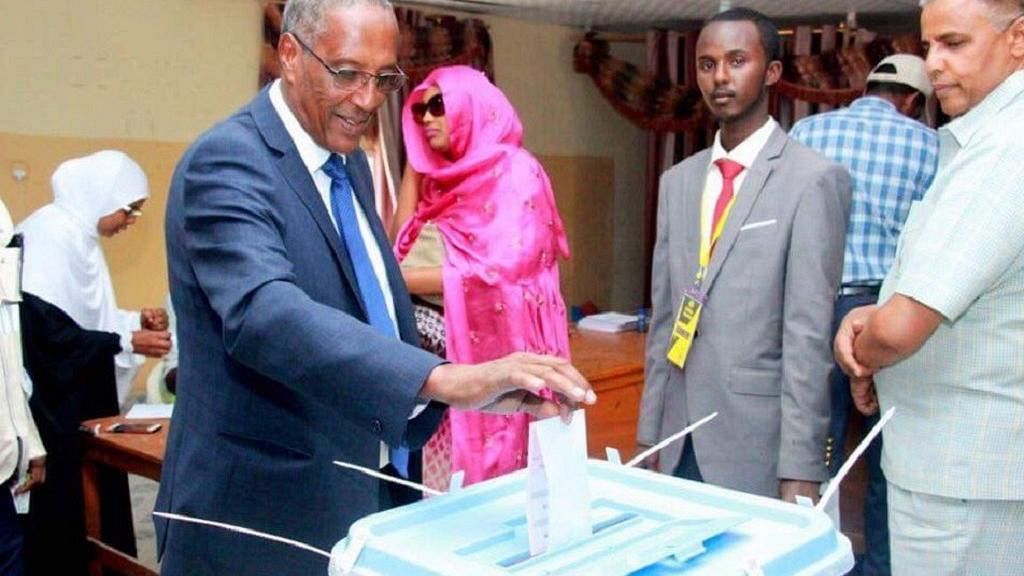 In November this year, 704, 089 registered voters out of the country’s 4 million people participated in its third presidential election.

Two days before the election, the electoral body announced that there would be a a social media blockade during the election to prevent the spread of fake news and rumours. The decision was challenged in court by human rights bodies, but court upheld the decision.

On November 21, the electoral body declared Muse Bihi Abdi the winner of the election with 55.1% against his opponents tallies of 40.7% for Abdullahi Irro and 4.7% for Ali Warabe.
While the election had been the first in Africa to employ iris recognition technology to avoid fraud, the losers in the election contested the results, citing fraud.

The allegations were dismissed by the electoral body and on December 13, Muse Bihi Abdi was sworn in as president of Somaliland replacing Ahmed Mohamud Silaanyo who did not seek re-election opting to step down after his first five-year term.

President Abdi reached out to his opponents, declaring that he is open for dialogue, even as he embarks on a journey to deal with the country’s high unemployment rates and continue the struggle to get international recognition from Somalia.

Somaliland declared unilateral independence from Somalia on May 18, 1991 and has since been under pressure to hold talks with Somalia which have so far been futile.

The country has however successfully held presidential elections in 2003 and 2010 including a parliamentary election in 2005. Its 2017 election is touted to be the first incident-free polls to be held in the Horn of Africa in many years. 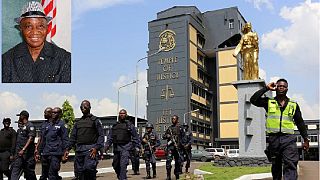 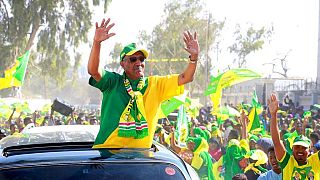 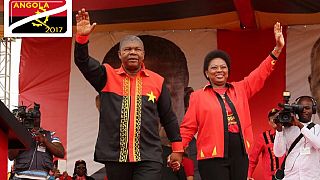